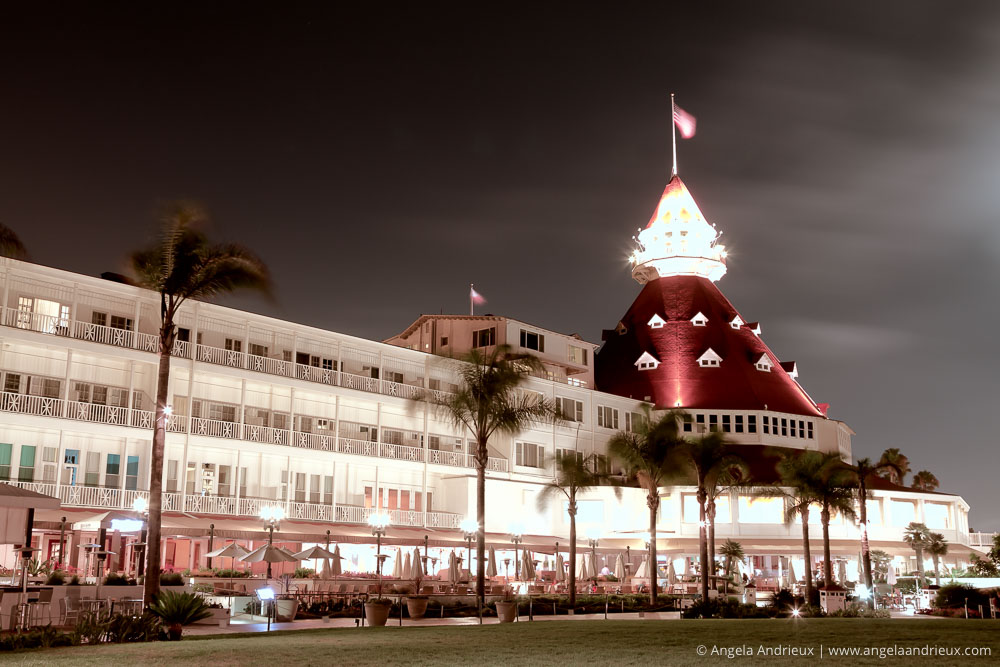 Last week I received an invitation to demo ReStyle – the newest offering from Topaz Labs. It launches August 8, 2013 so I wanted to get some info in your hands quickly – it’ll be 50% off its retail price through August 31, 2013 using the coupon code “restyleit”.

I finally had some time to play with it today and its a fun tool! In some ways I can compare it to the filters I put on photos in my iPhone, but its a heck of a lot more powerful. I’ll walk you through what I did with one of my photos.

I’m working with an image I captured a couple of weeks ago of the Hotel del Coronado at night – and by night, I mean late…the time stamp on the image is 10:13pm!! You’d think the place would be dead at that time, but no. Its summer and while it wasn’t crowded at 10pm this lovely historic hotel was still bustling.

I started out in Adobe Photoshop Lightroom 5

where I made a couple of minor lens correction adjustments:

I then moved into Topaz ReStyle. One of the options in this program is to view the various presets in a grid mode – that way you can get a preview of what each preset will do for your image all on one screen. Pretty cool – and fairly important because ReStyle has over 1000 presets!! For this image I chose the “Night” group of presets. Here is a screenshot of my options: 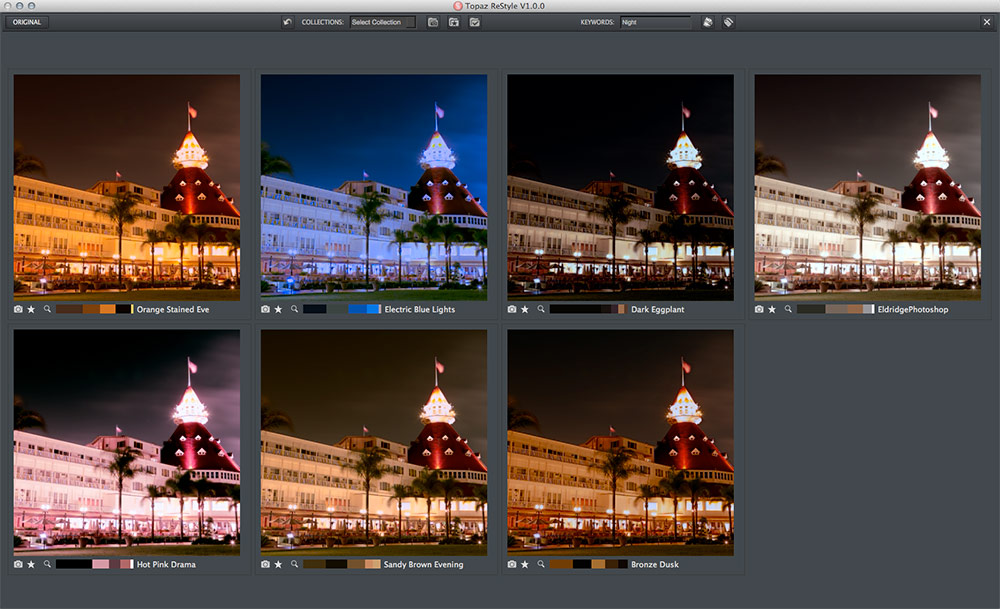 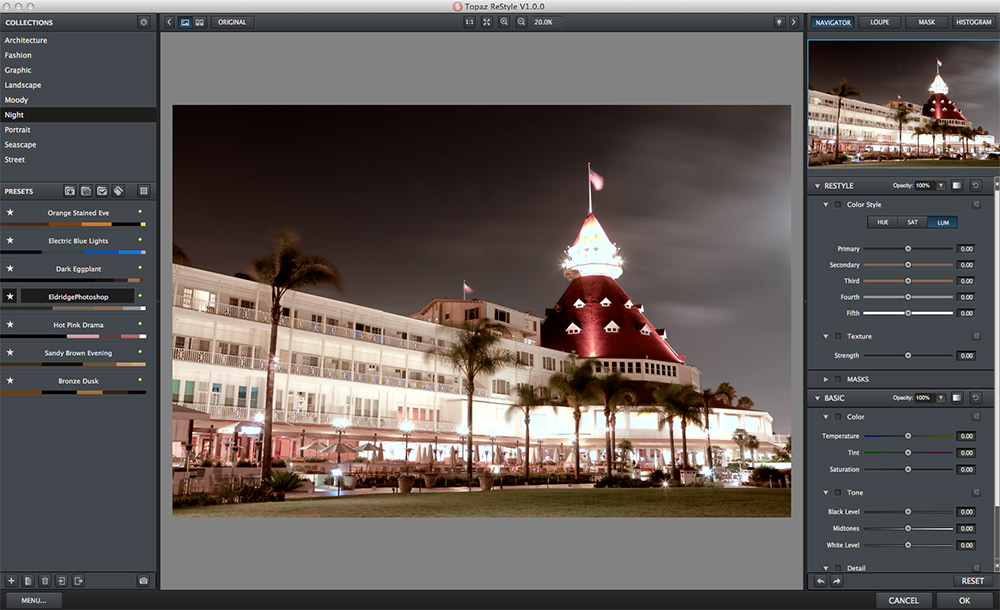 You might notice that each preset (on the left) has a distinct color profile that it applies to the image. Once you apply a preset you can modify how that preset is applied in the right side of the screen. Personally, I like the preset – and if its not broken there is no need to fix it. The only modification I did was to increase the texture, which added a bit of clarity to the image details: 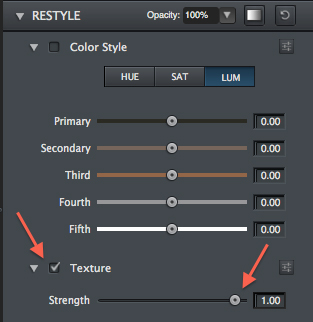 library. From there I made the following adjustments:

That’s it! What do you think? Topaz Restyle has a ton of creative possibilities! Like I mentioned earlier it launches August 8, 2013! Retail price will be $59.99 but if you use the coupon code “restyleit” through August 31, 2013 you can get this fun photographic tool for just $29.99 – half off retail!