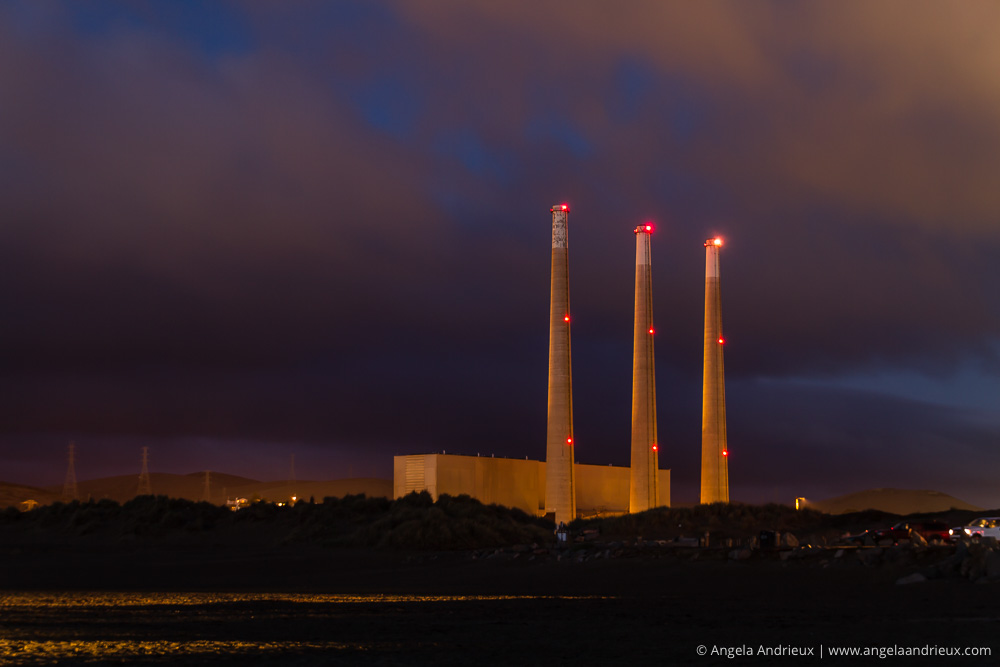 This is what I like to call a “dumb luck shot”. When I took this photo it was dark. So dark that when I looked through the viewfinder I could barely make out the red lights on the smoke stacks, giving me only a hint at my composition. I set the camera to f/4.5, letting in as much light as possible at 42mm, and 30 seconds (ISO 100), pressed the button on my Cable Release

waited to see what I got.

It was my last shot of the night and I really like it! The colors in the clouds and sky are gorgeous and the streaks of light on the sand from nearby cars are just plain cool, showing just how dark it was.

Marc Muench, my instructor that evening at the California Photo Festival, encouraged us to turn around and capture what was going on behind us.  We were there to photograph long exposures with water, but if I hadn’t turned around I wouldn’t have captured this scene.

The moral of this story: when everyone else with a camera is shooting the same thing, turn around. Capture something different, unique. You might capture something extraordinary – and be the only one who saw it!

This image was shot with a Induro AKB1 Tripod mounted Canon EOS 7D with a Sigma 18-200mm Lens and processed with Adobe Lightroom.

Today I am thankful for:

What are you thankful for today?