The Stunning Coastline of the Point Arena Lighthouse 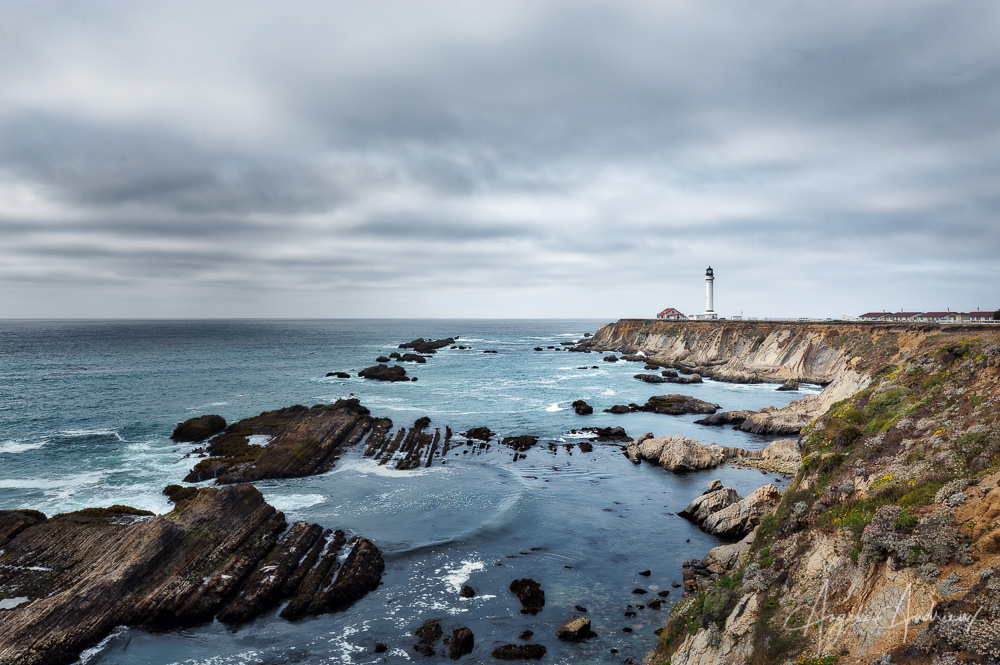 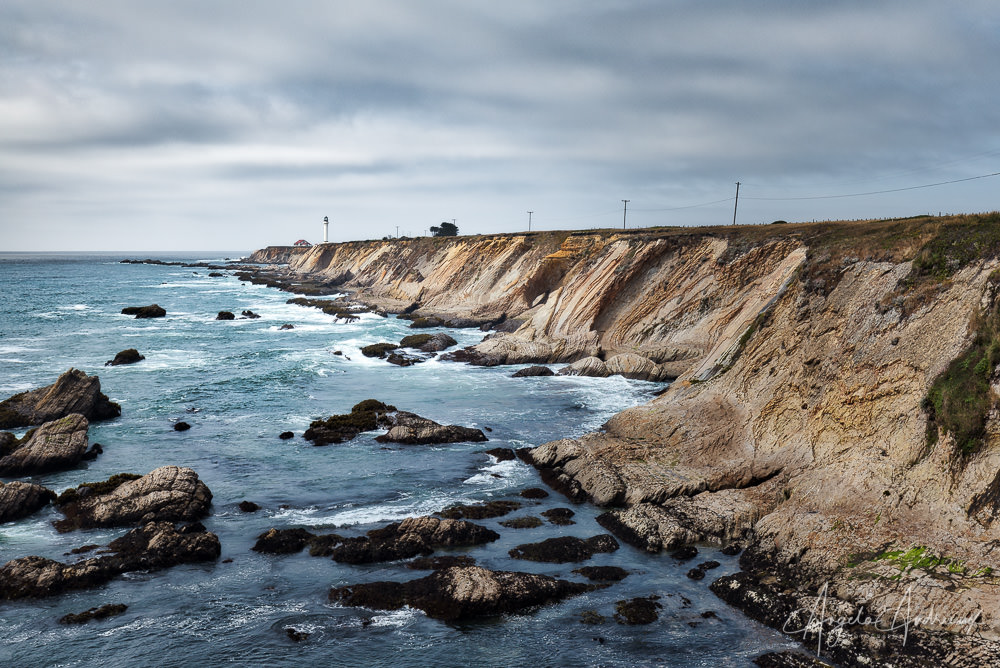 The Point Arena Lighthouse sits on a magnificent stretch of northern California’s coast. The bluffs offer a spellbinding view of the clear, turquoise water and rock formations below. 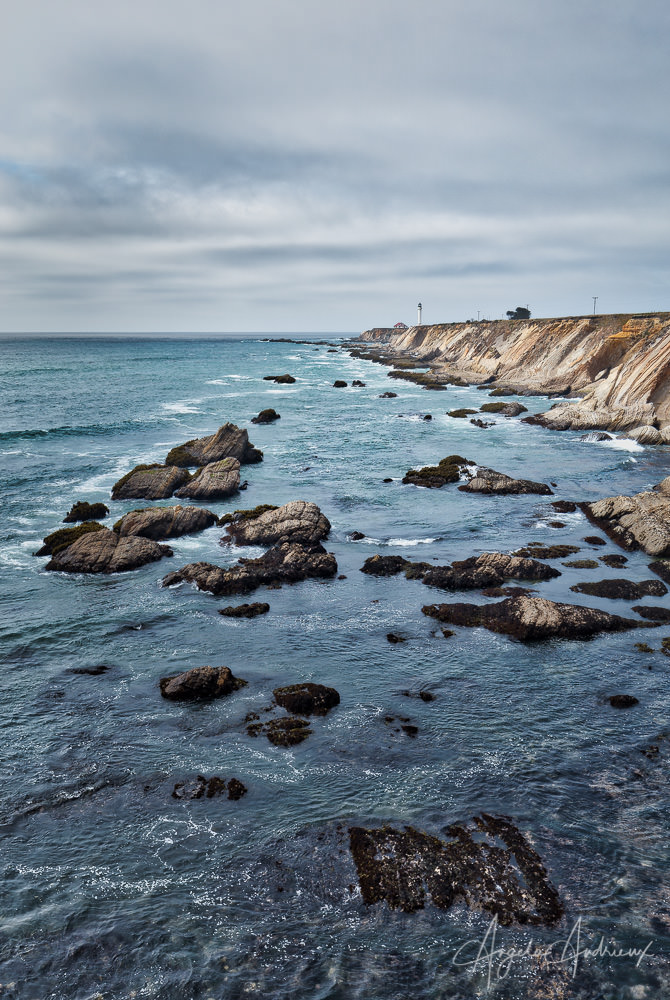 The lighthouse itself, as we see it today, began operation in 1908. It replaced an earlier structure that was built in 1870. The original lighthouse was severely damaged by the 1906 earthquake that wrecked havoc in San Francisco. 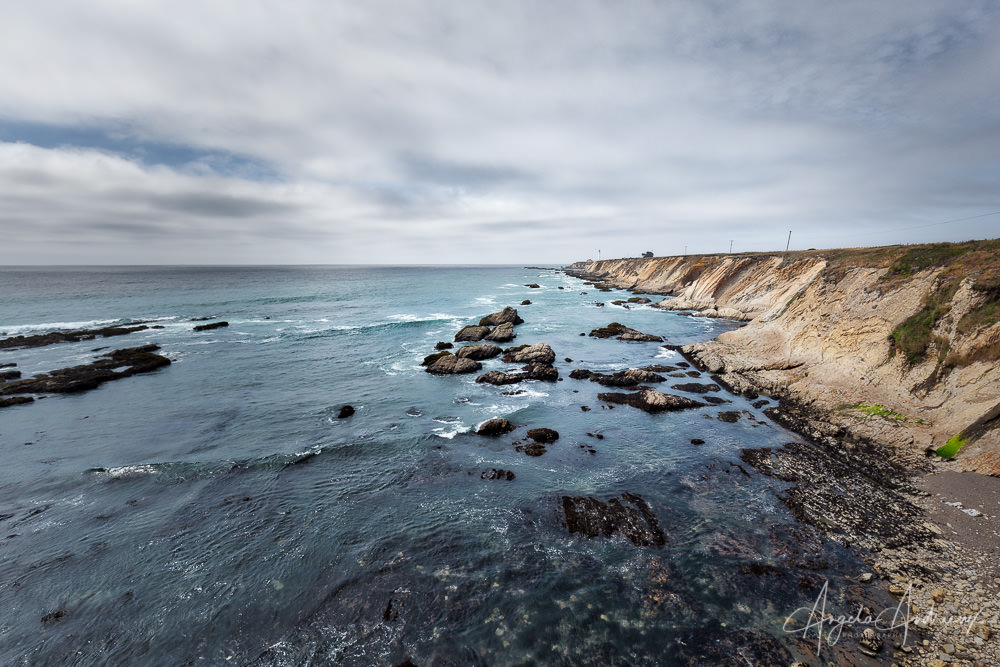 The “new” lighthouse stands 115 feet tall. It originally featured a 1st order Fresnel Lens that weighed in at 4700 pounds.  This monstrous piece of glass was rotated by a clockwork mechanism prior to the introduction of electricity.

“The Keepers, or “wickies” as they were called, had to hand crank a 160 pound weight up the center shaft of the lighthouse every 75 minutes to keep the lens turning.” pointarenalighthouse.com 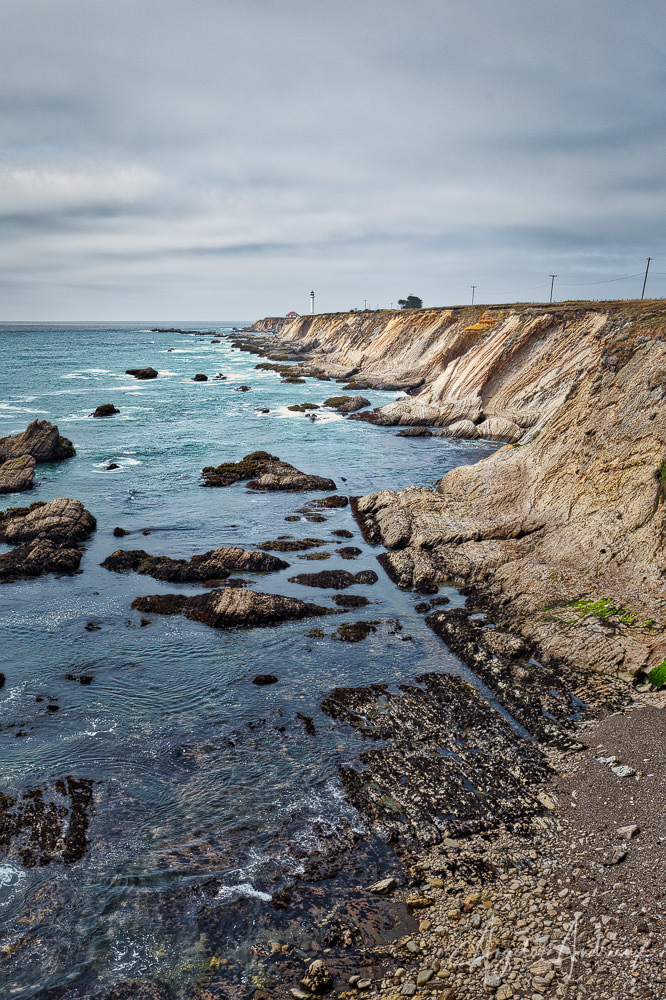 Today, the Point Arena Lighthouse beacon shines bright thanks to an LED array that is visible up to 14 miles away. You can check out the original 1st Order Fresnel Lens in the visitors’ center. 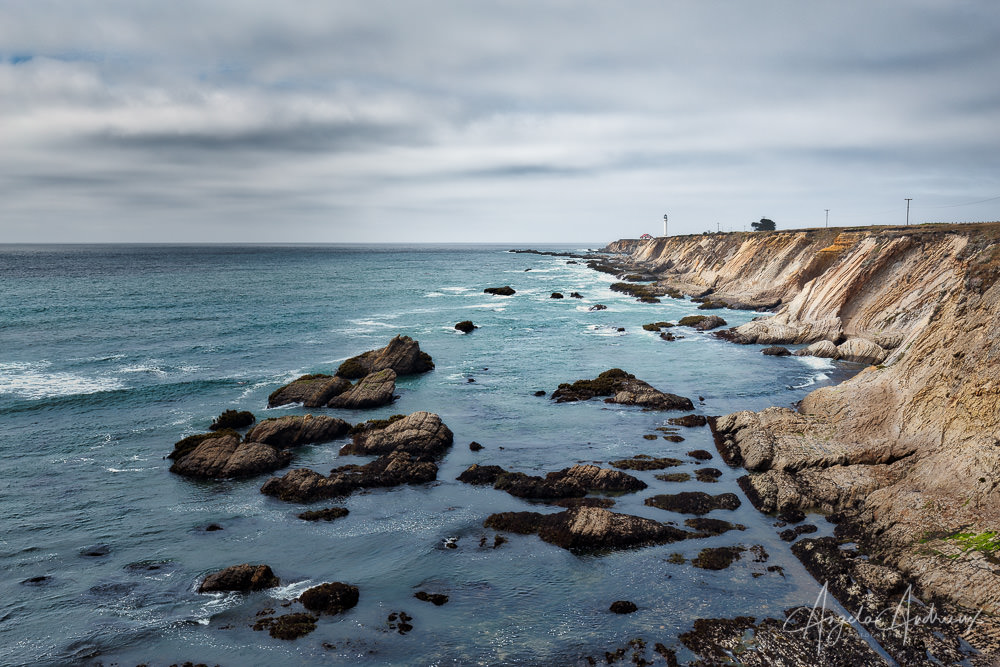 On this particular visit we (my mom and I) didn’t actually go past the lighthouse gates. Instead, we took in the view from a couple of vista points that lie to the south of the Lighthouse. 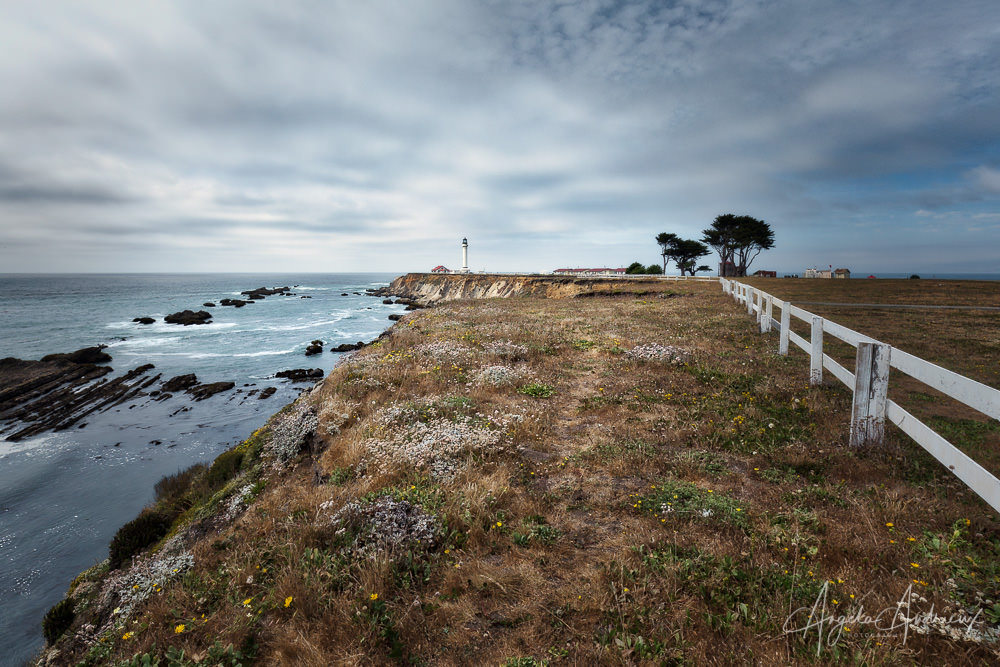 As you can see, I took a ton of pictures, and while they are all similar, I couldn’t decide which one(s) I liked best so I shared quite a few. I hope you don’t mind! 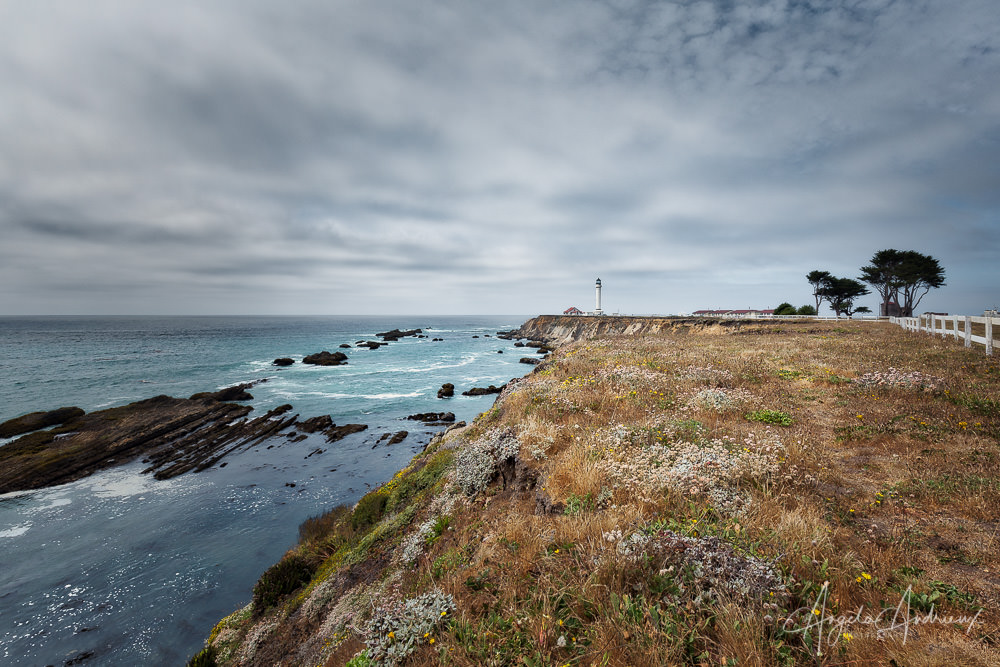 These photographs were captured handheld with my Canon 6D and 16-35mm f/4 L lens. Each photo is made up of 3 bracketed exposures merged in Aurora HDR 2018. Stylistic touches were added in Luminar 2018. 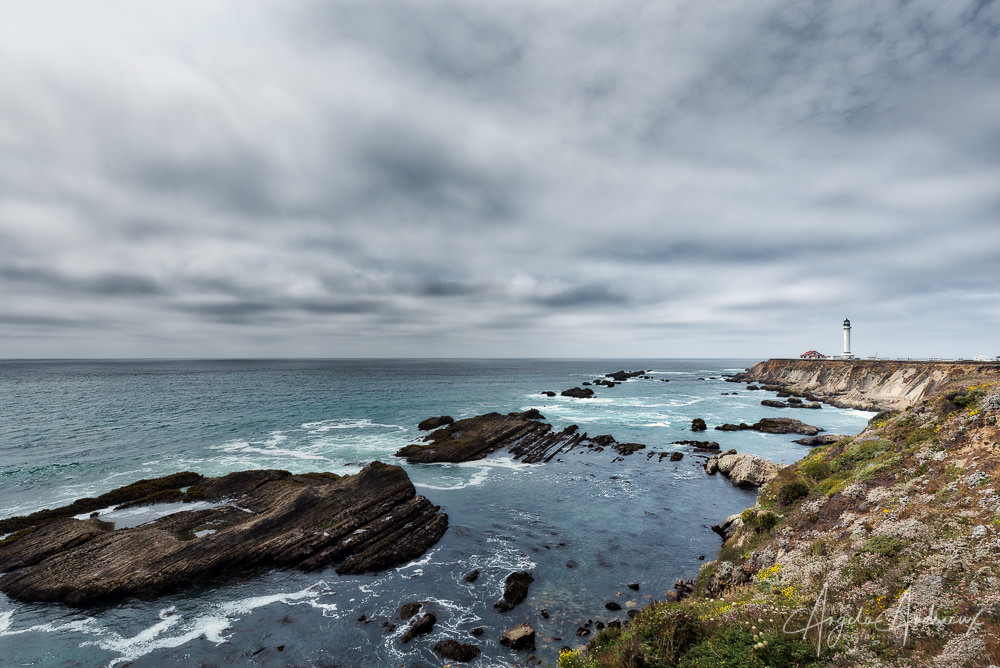 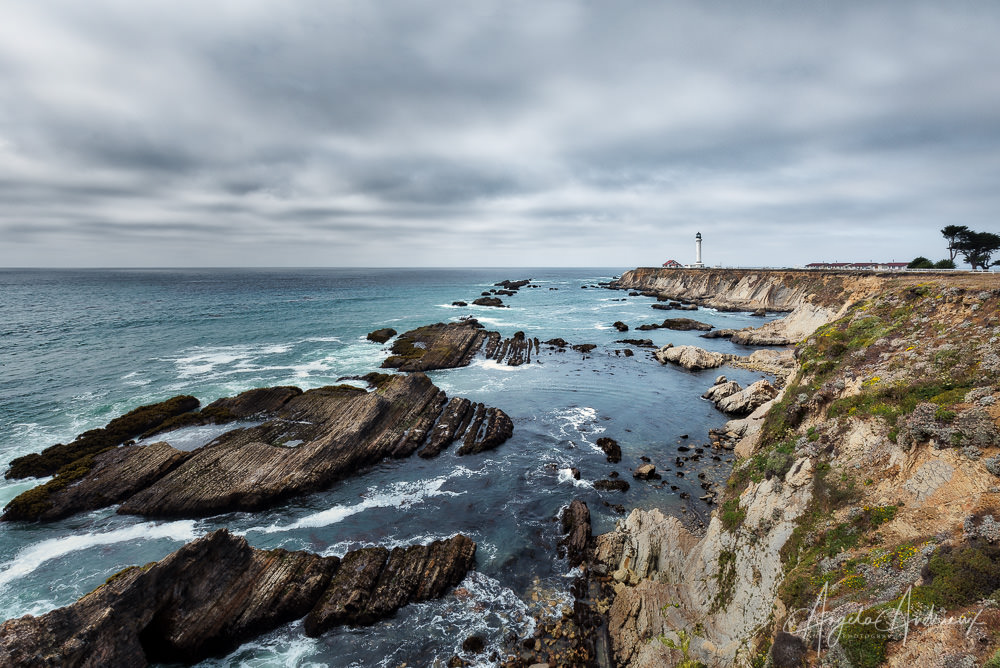 This post is Part 6 in a series of articles about my California adventures in July of 2018.