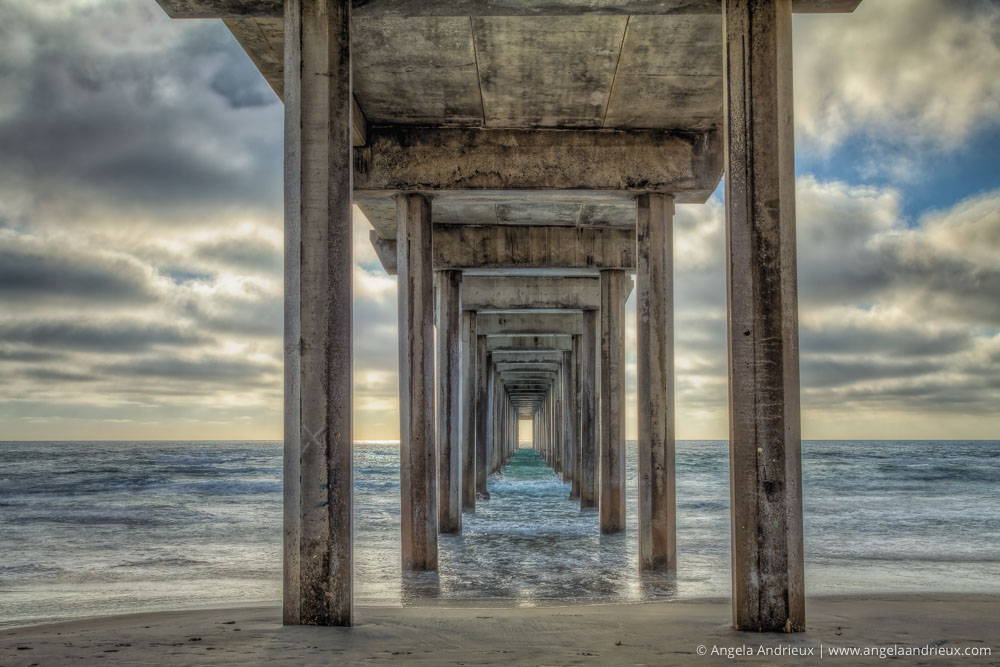 Last night I spent the evening underneath the Scripps Pier at La Jolla Shores beach. I had SO MUCH FUN! It was gorgeous! No wonder its a favorite location to shoot for San Diego based photographers and tourists alike.

As I drove toward La Jolla late yesterday afternoon I was certain I was going to drive into a thick bank of fog. The clouds appeared, from the freeway, to be sitting right on top of La Jolla. However, as I drove into town I noticed that the clouds were offshore a bit and actually quite beautiful! Lots of texture – my favorite kind.

One never knows where the fog will go, but I thought for sure I would be engulfed before sunset.  Boy, was I wrong! The clouds put on a spectacular show for me and created the perfect canvas for shooting the Scripps Pier.

The Scripps Pier has a few unique features. Most west coast piers are made of wood and have pilings that stick out at various angles. The Scripps Pier, however, is made of concrete and has these awesome symmetrical pilings that lead the eye into the distance, more like a bridge than a pier.

I shot quite a few frames last night – the photos below are my favorites. I captured both HDRs and long exposure shots. 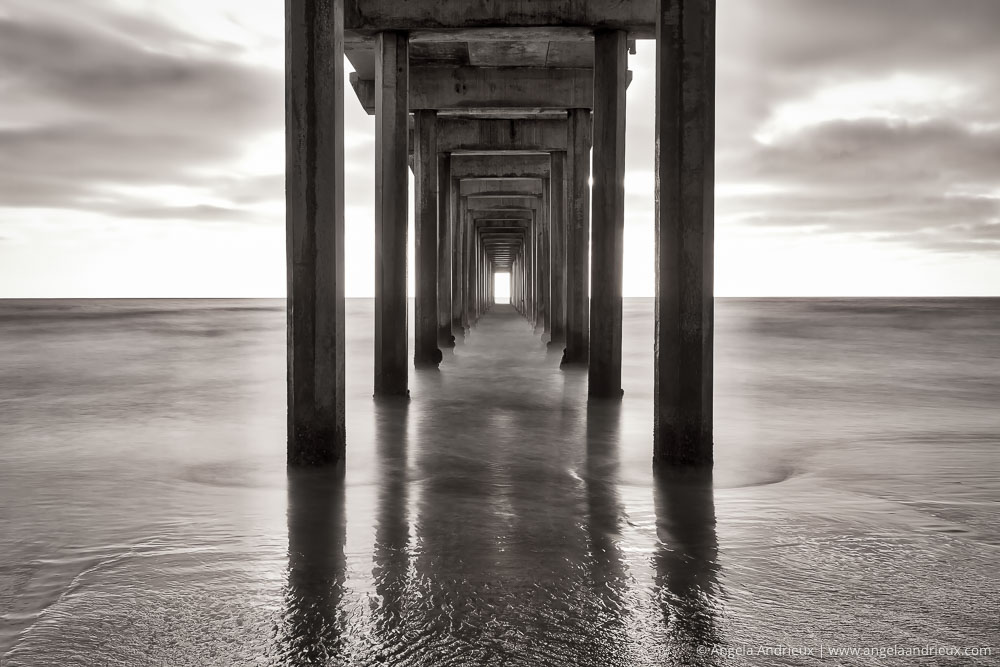 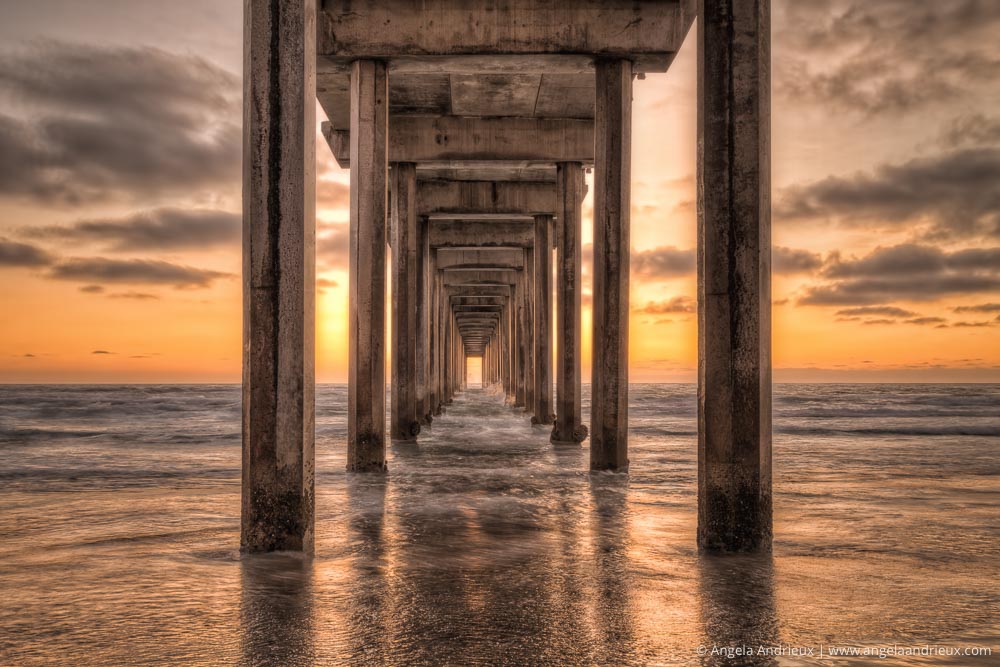 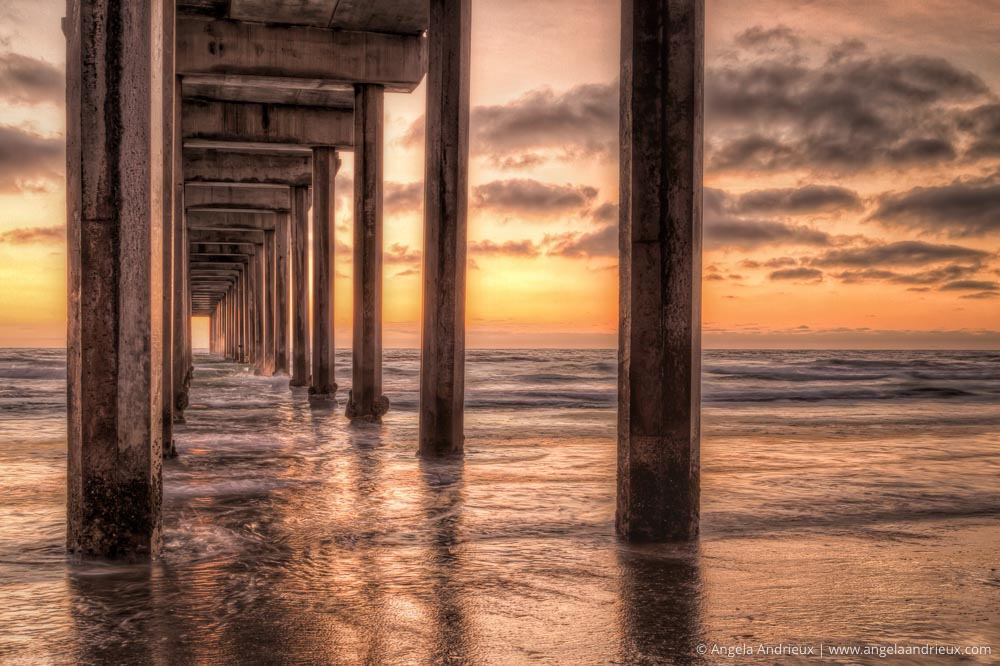 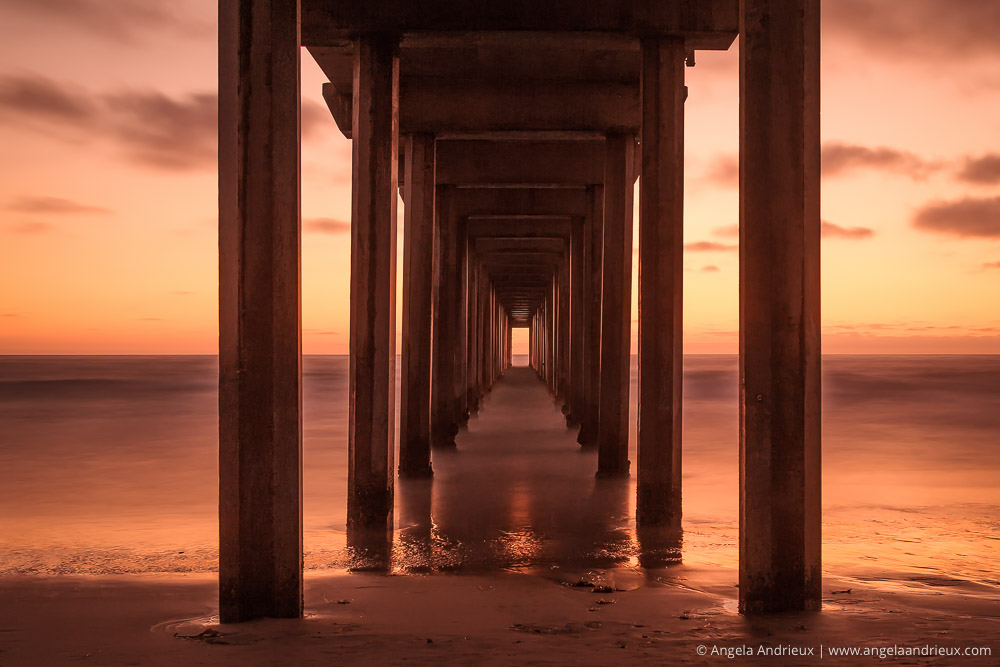 Hopefully you aren’t bored looking at five interpretations of the same location. Each shot is so unique to me due to the changing light and the difference in the techniques (HDR vs Long Exposure) that I’m captivated by every single one.  My apologies if that comes across as a bit full of myself – I’m in awe that I made them!! (pinch myself, squealing with glee, AWE!)

I hope you enjoy them! Here is a bit about how they were captured and processed: all of the photos above were captured with an Induro AKB1 Tripod

. I also made use of my cable release (Canon RS-80N3 Remote Switch

for the long exposure shots.

, and finishing touches were done on all images in Nik Color Efex Pro 4, and Topaz Clarity.

I love helping others learn the craft of photography so if you have any questions about how I made these photographs please let me know in the comments.

Have a wonder-filled day!