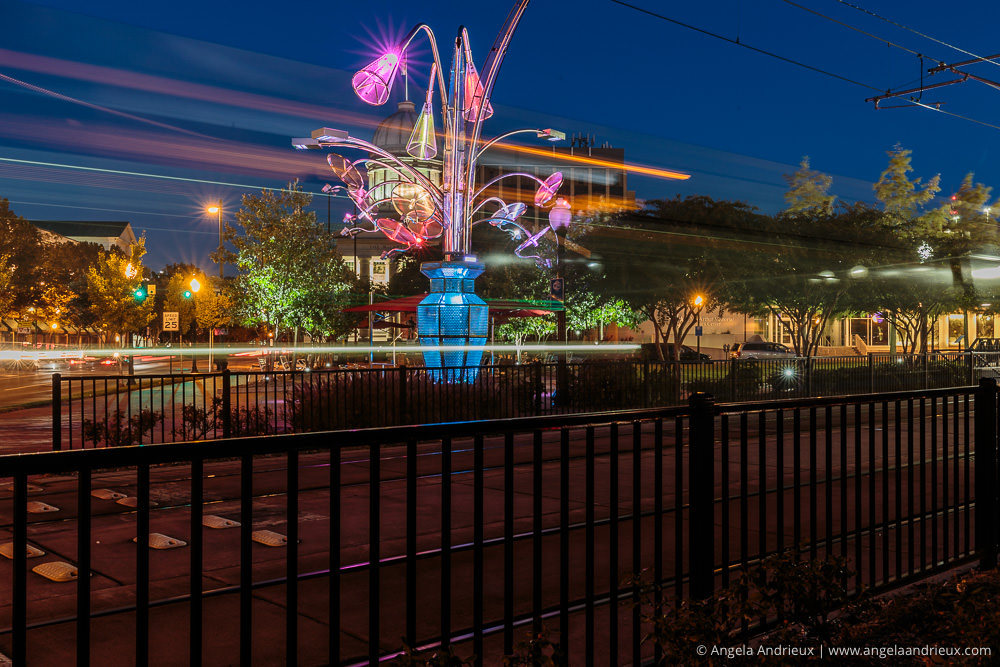 This year marked the 10th annual Scott Kelby Worldwide Photo Walk! I’ve been fortunate to participate many times, both as a walker and a leader, in some pretty cool places.

This year I led the Scott Kelby Worldwide Photo Walk 2017 through downtown Norfolk, Virginia. I chose an an evening time frame to take advantage of the sunset and the beautiful light during the golden and blue hours.

The weather was a bit iffy at first…as in pouring rain 30 minutes before the walk started, but then the clouds parted, the sun came out and we had a killer sunset!

I was blessed with a fantastic group of photo walkers for the Worldwide Photo Walk 2017 – somewhere in the neighborhood of 30 people (more folks arrived after the photo was taken)! 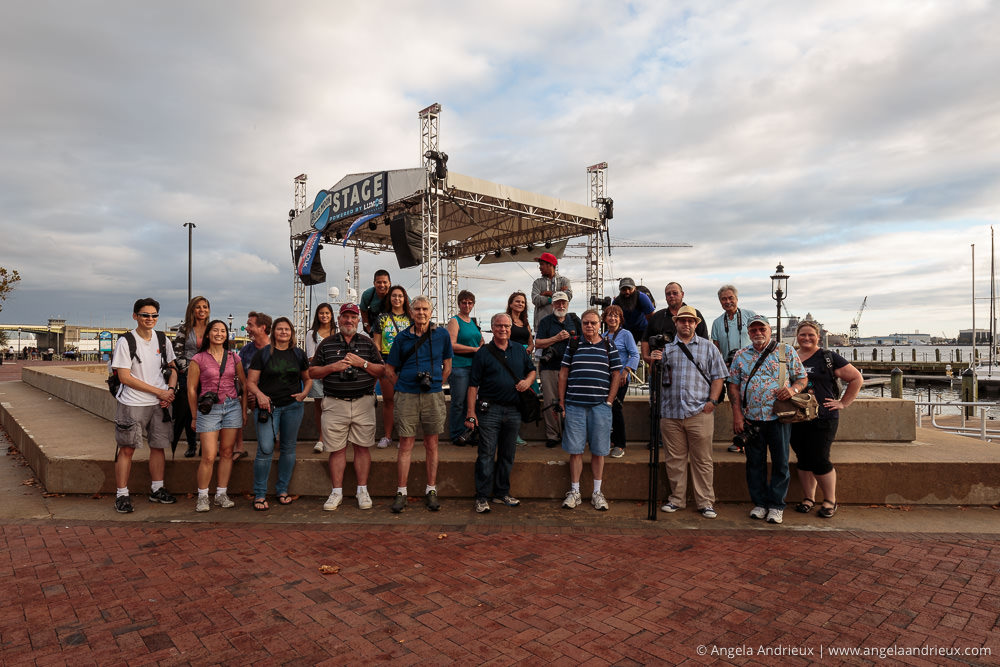 Below are a few of my favorite shots from that evening. I found a few places that I’d like to revisit to get a better/different shot when I’m not leading a group or on a timeline. Downtown Norfolk has a lot to offer! 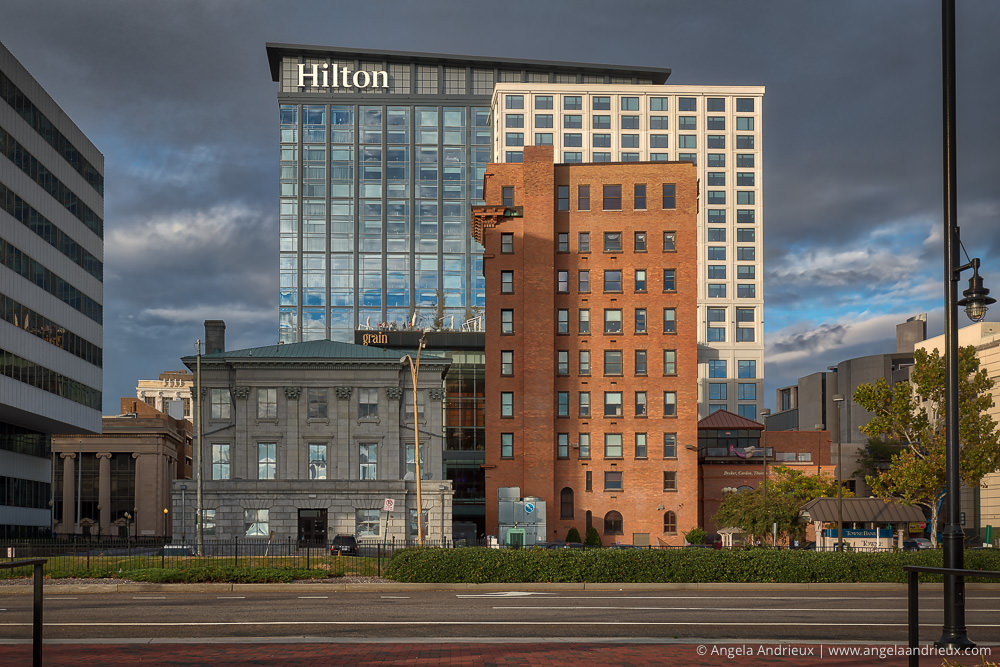 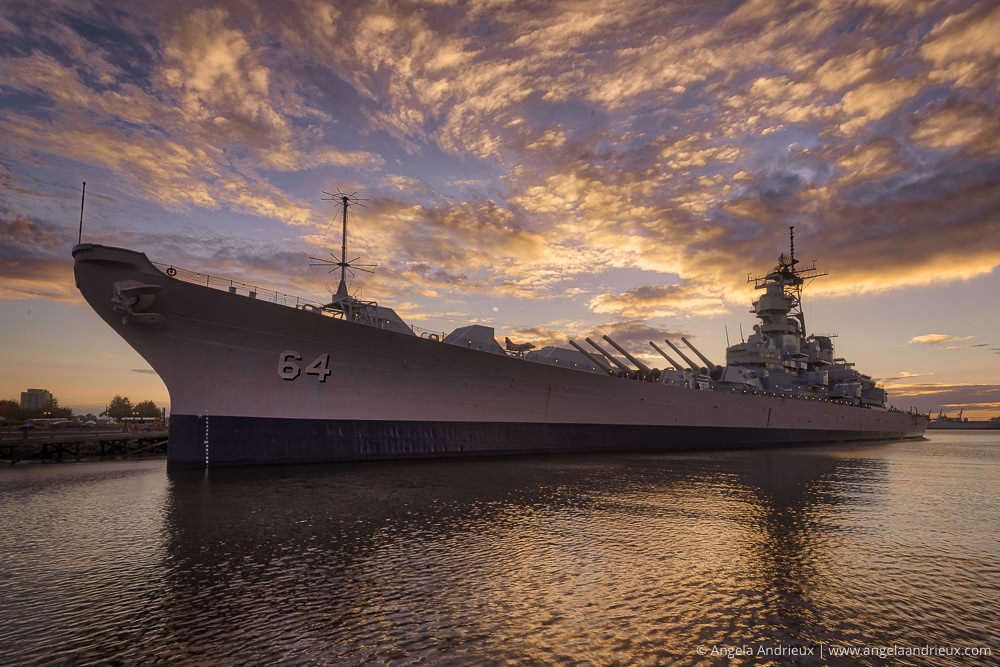 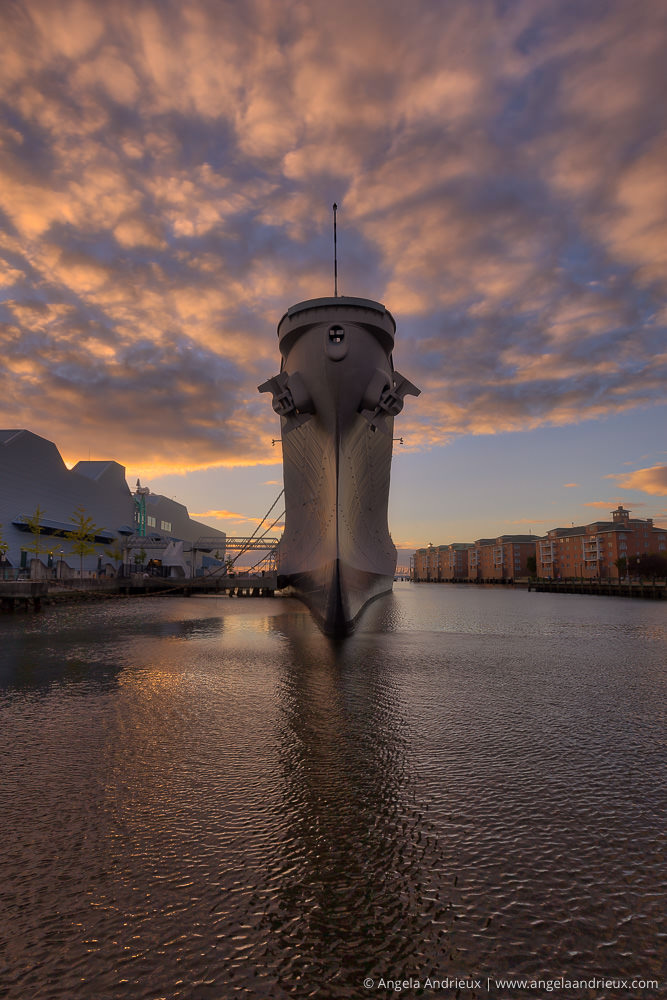 The Battleship Wisconsin BB-64 (pictured above) was commissioned in 1944 and is one of the largest battleships every built by the U.S. Navy. This Iowa-class battleship is berthed at the Nauticus on the Norfolk waterfront. Learn more about the Wisconsin on the Nauticus website. 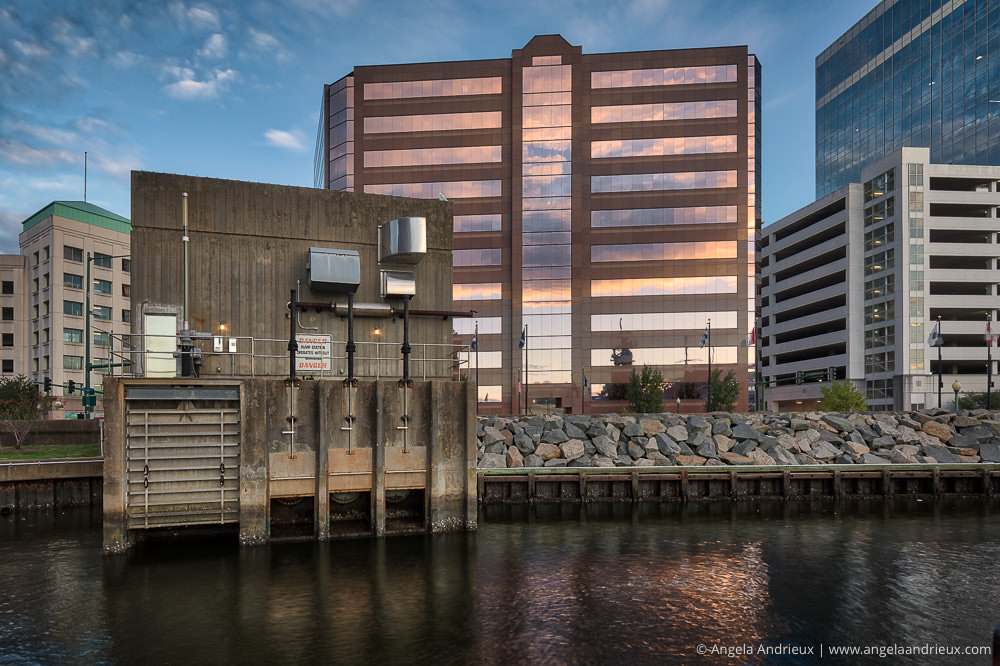 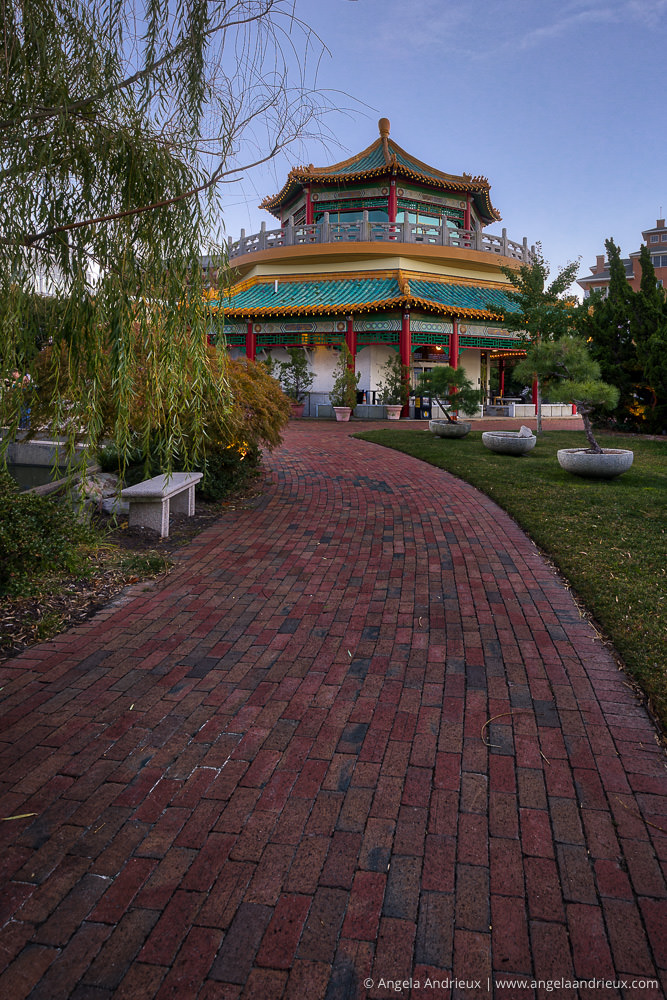 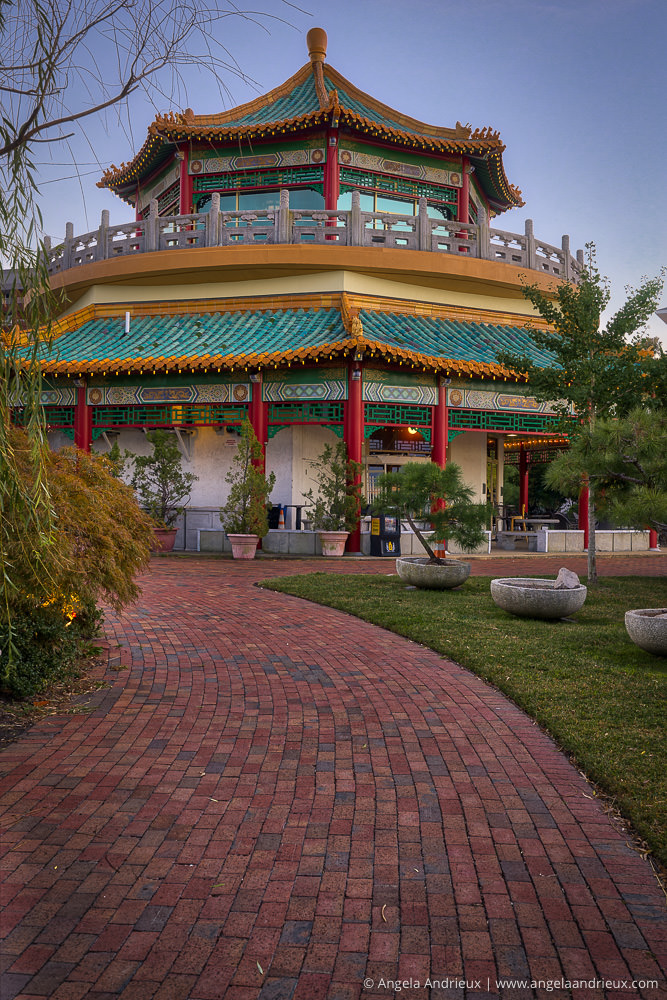 “The Marine Observation Tower, a.k.a. the Pagoda, was a gift to the Commonwealth of Virginia and the City of Norfolk from the Taiwan Provincial Government. During a good will trade mission to Norfolk in 1983, Dr. Lee Teng-Hui, then Governor of Taiwan and, later, the President of the Republic of China, proposed the riverfront gift. In 1989, the two-story octagon structure was built on and around the pillars that previously supported a 500,000 gallon molasses storage tank. Materials for the tower were manufactured in Taiwan and shipped to Norfolk where the Pagoda was meticulously assembled by artisans from Taiwan.” (via PagodaNorfolk.com) 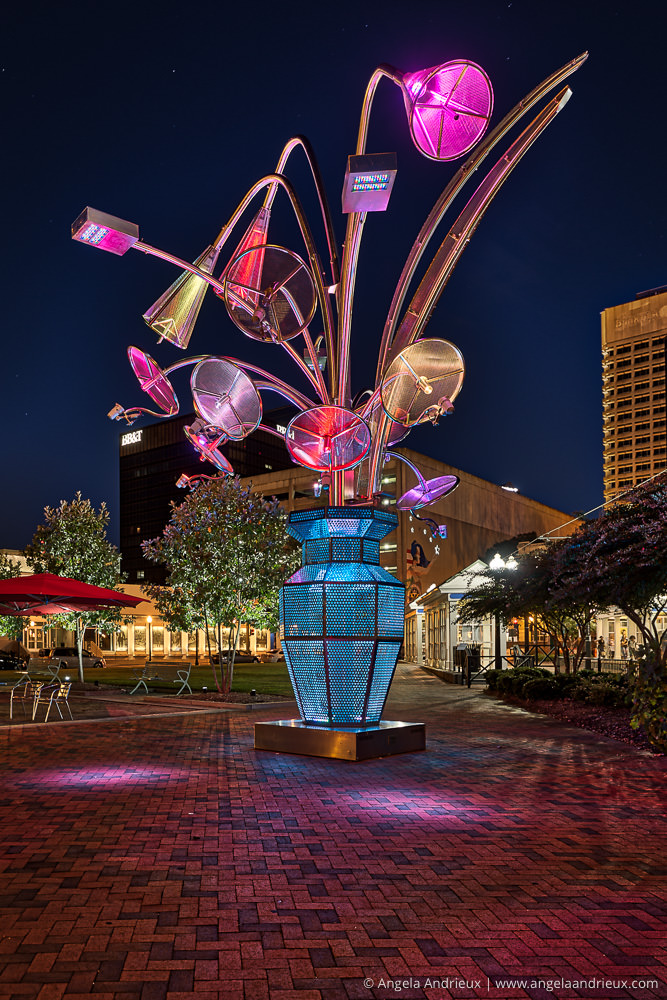 The flower sculpture above is known as MetalMatisse by Electroland. It “is an interactive, stainless-steel, light and sound sculpture…each flower gives an individual response when prompted by visitors below. Periodically the entire sculpture comes to life in an orchestrated chorus of light and sound. Vase and bouquet are loosely adapted from paintings of flowers by French artist Henri Matisse.” (via Nofolk Arts)

All of the photos above were captured during the Scott Kelby Worldwide Photo Walk 2017 with my tripod mounted Canon 6D and 16-35mm f/4 L lens.