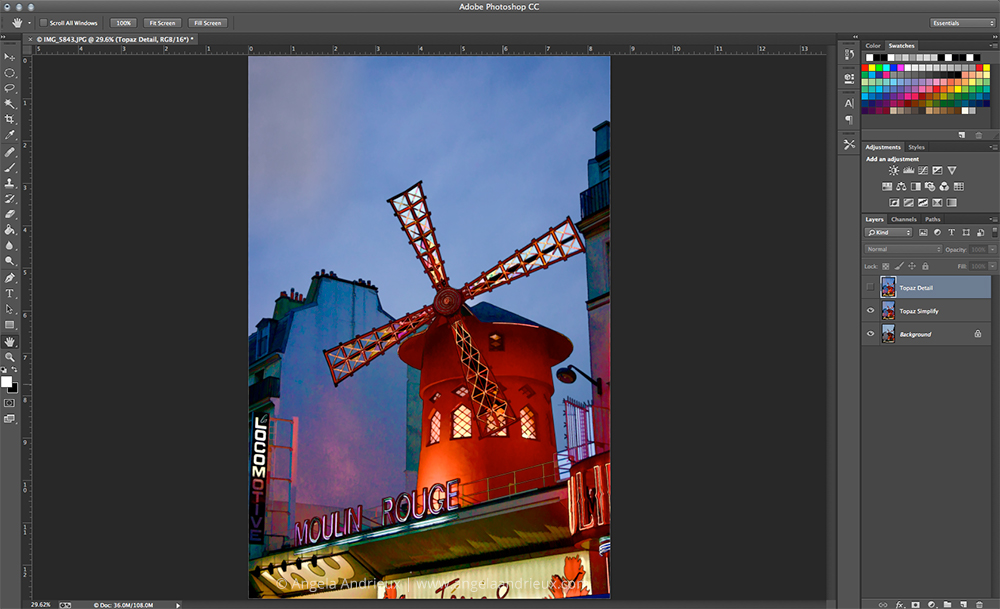 UPDATE: The offer in this post has expired, but you can use coupon code “angandrieux” to get 15% off all Topaz Labs software anytime!

A few days ago I got my hands on Topaz Simplify, another post-processing plug-in from Topaz Labs (which happens to be on sale for 50% off this month). As one who usually likes to process photos with a lot of edgy detail, I was skeptical if this software would be a fit for my personal toolbox. Removing detail just didn’t seem to call me; but, after demoing the software, I have to admit I was wrong – Topaz Simplify is a lot of fun!

For my demo I dug through the archives and found a photo from my 2007 trip to Paris, France of Moulin Rouge. For some reason (I think because we were with friends and I was distracted) I only took a couple of photos of this iconic building and neither of them were stellar. They were even a touch blurry. I figured a slightly blurry photo might be a good place to start with Topaz Simplify – its about removing detail, not adding it, so maybe I could turn it in to something cool.

Here is the “before” image: 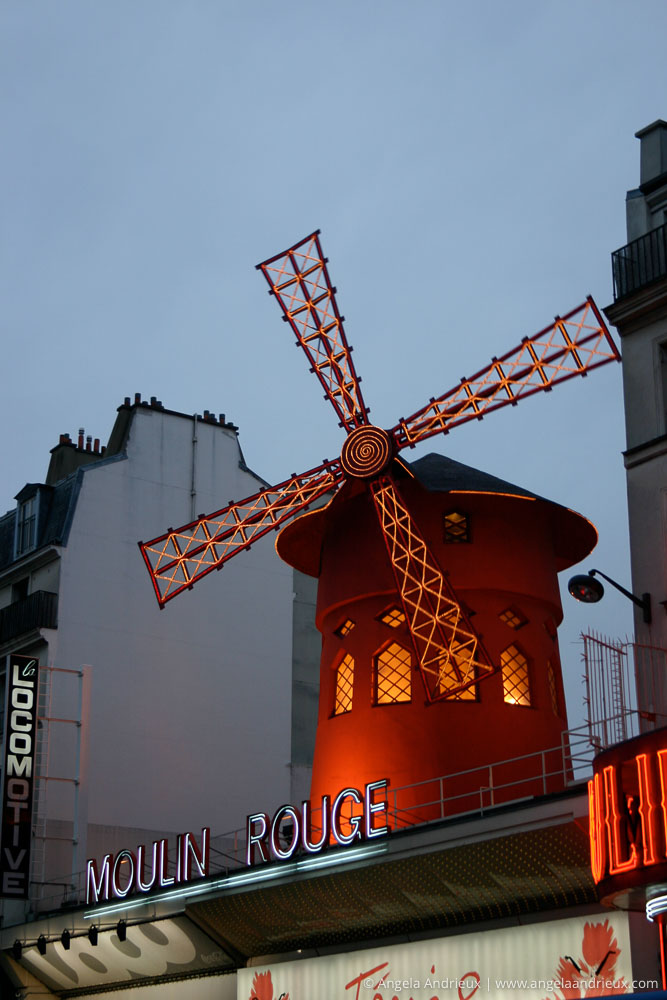 As you can see, its what I call a “memory shot” not one you’d frame and put on a wall, but kind of a cool reminder that you were there.

For this demo I ran my Topaz plug-ins through Photoshop CC, but you can run Topaz Simplify from Lightroom and many other host programs. The screenshot below show the pop-art style transformation I was able to achieve with just a few clicks in Topaz Simplify! It turned a rather blah photo into a cool and unique piece of art.

After running Topaz Simplify I decided to add a bit of detail and sharpening with Topaz Detail for the final image. What do you think?

I LOVE the transformation that Topaz Simplify made with this image. It took it from a simple “memory shot” into a piece that I would actually consider putting on my wall. Topaz Simplify has many different options for turning a photo into a completely different kind of art – drawing, painting, you choose the amount of color saturation, and how much detail is taken away. It is really a great piece of software that will be making many future appearances in my workflow.