One Night in San Francisco 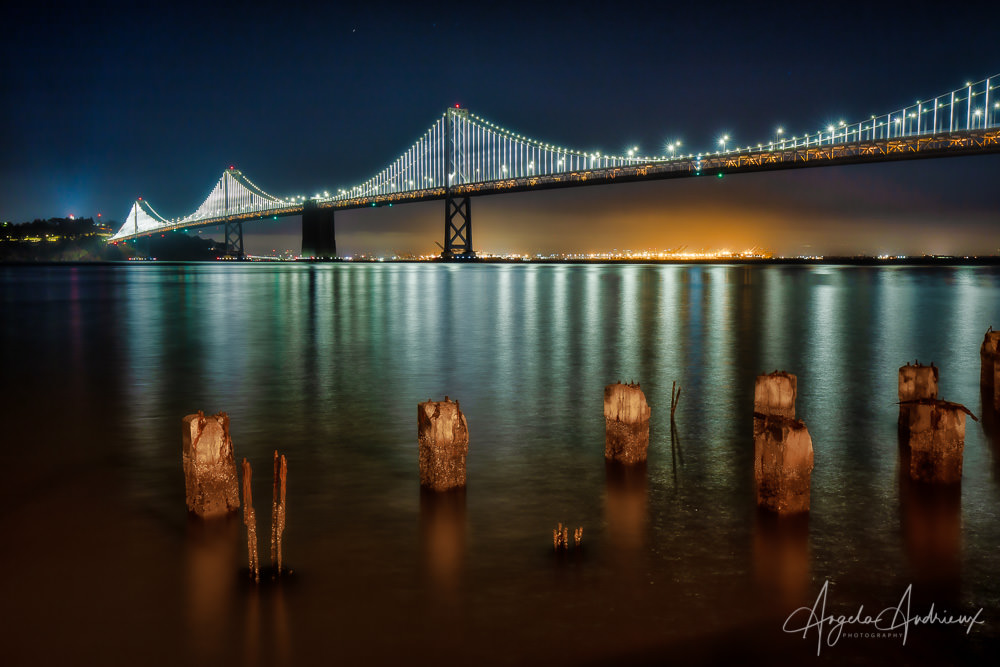 It had been years since I’d spent any quality time in San Francisco, but on my last trip to California my mom and I decided to take one night of our adventures to stay in the city.

Ok, maybe not ever, but man-oh-man I love that city! I could have stayed for days (weeks…months…). There is so much to see and do and photograph. I felt like I came alive creatively while I was there.

Driving in San Francisco is an experience. I remember when I was in college, whenever we’d go into the city I’d make one of my friends drive. Now, even though it was busy and chaotic, it didn’t phase me. I actually kind of loved it. Granted, I wasn’t driving a stick shift this time and I now have the wonders of GPS in my phone. (Seriously, how did we find anything before GPS??)

After being lost for a bit, and driving around in circles (GPS is great, but not perfect), we finally found our hotel and got checked in. The Palace Hotel is AMAZING. It was a (not so little) splurge that my mom and I made for this trip. It was worth every penny – and it has ruined me for pretty much any other hotel.

Once we were checked in and settled we headed to the lobby to look around. We didn’t get far before the cameras came out. Mom and I were both enamored with the spiral staircase! I captured it from just about every angle I could imagine. This one, I think, is my favorite:

We finally made it back to the lobby and took in the grand architecture around us. I was spellbound.

After taking in the lobby we grabbed a refreshing cocktail in the lobby bar (the room pictured above!!!) and planned out our evening.

We settled on a restaurant within walking distance, Cafe Claude, and then set out with our cameras for a leisurely stroll to dinner.

Our restaurant was located down a very cool alley that was decorated with amazing murals.

Just in front of the cafe I noticed a gentleman smoking and regarding the mural in front of him. I took a quick shot from the hip (trying not to attract too much attention with my big DSLR) and got this:

It is probably one of my favorite street photography style photos I’ve taken. The mural itself was amazing, but catching the smartly dressed man in front of it with the wisp of smoke curling from his cigarette…I’m so glad I captured THAT moment.

After an AMAZING dinner we made our way back to the hotel and, spur of the moment decided to change lenses, grab our tripods and walk down to the waterfront – a little less than a mile away.

Years before I’d noticed some old pilings east of the Ferry Building that I thought would make an awesome long exposure with the Bay Bridge in the background. We knew we would be in town just the one night we decided to see what we could get – not even knowing if those pilings were still there.

Once we reached the waterfront it took a bit to find the pilings I had in mind, but I was so excited that they were still there! We set up our tripods and started shooting…along with a handful of other photographers. Apparently it is a popular spot.

I captured the view from several vantage points, but I think this one is my favorite of the bunch:

I was thrilled to be able to photograph the view I’d long held in my imagination!

By the time we finished shooting it was fairly late and we were exhausted. We took an Uber back to the hotel and promptly crashed out.

The next morning, after a delightful breakfast we headed out of town via the Painted Ladies. I’ve spent a lot of time in San Francisco over the years, but until that day had never gone to see the Painted Ladies!

I did take a few photos of the colorful row houses, but it was pretty crowded  and they didn’t turn out exactly the way I’d hope. Still, I’m glad to have finally seen them!

San Francisco…I can’t wait until I get to visit again. It was great!

This post is Part 4 in a series of articles about my California adventures in July of 2018.