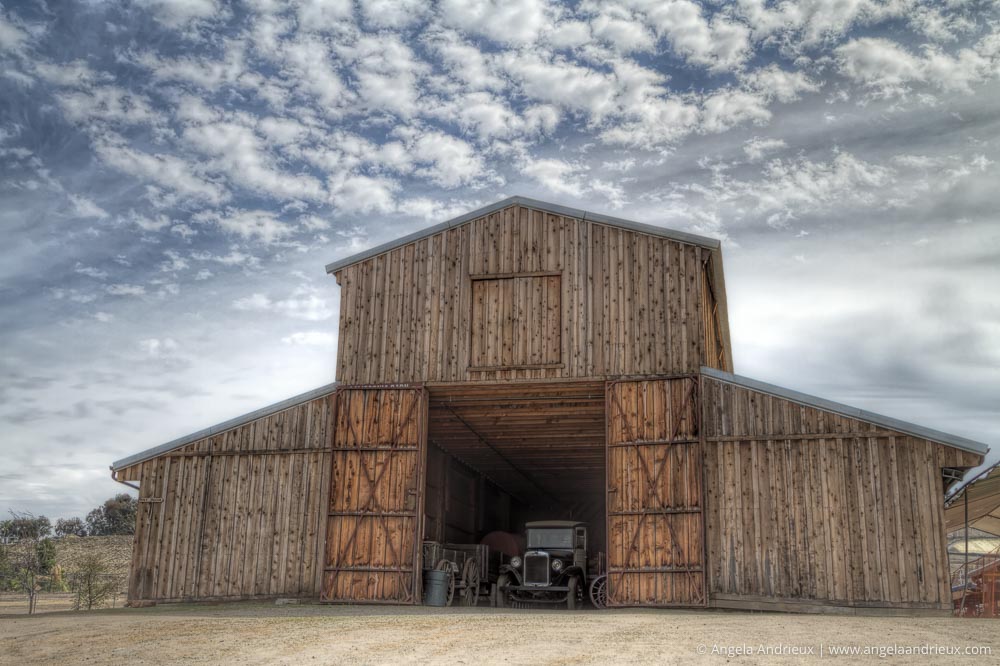 A few weeks ago when my mom & dad were in town for the weekend, they suggested visiting the Antique Gas & Steam Engine Museum in Vista. In general, I’m not all that interested in farm equipment…but make it old, rusty equipment and I’m ready to grab my camera gear and head out the door. I LOVE photographing the patina of old, rusty things. They have such character!

Until that morning I had no idea that this museum existed. It was located in a part of Vista I’d never explored, buried back amongst subdivisions, old and new. Once on the museum’s property you could almost forget you were in the middle of suburbia!

Would you expect to see this in the middle of Southern California’s sprawling developments? It surprised me a bit, too. I felt like I’d been transported to another time and place.

A bit farther in to the museum’s property there is a working machine shop with ropes and pulleys that drive the various machines. Inside, we got watch a blacksmithing class in action. 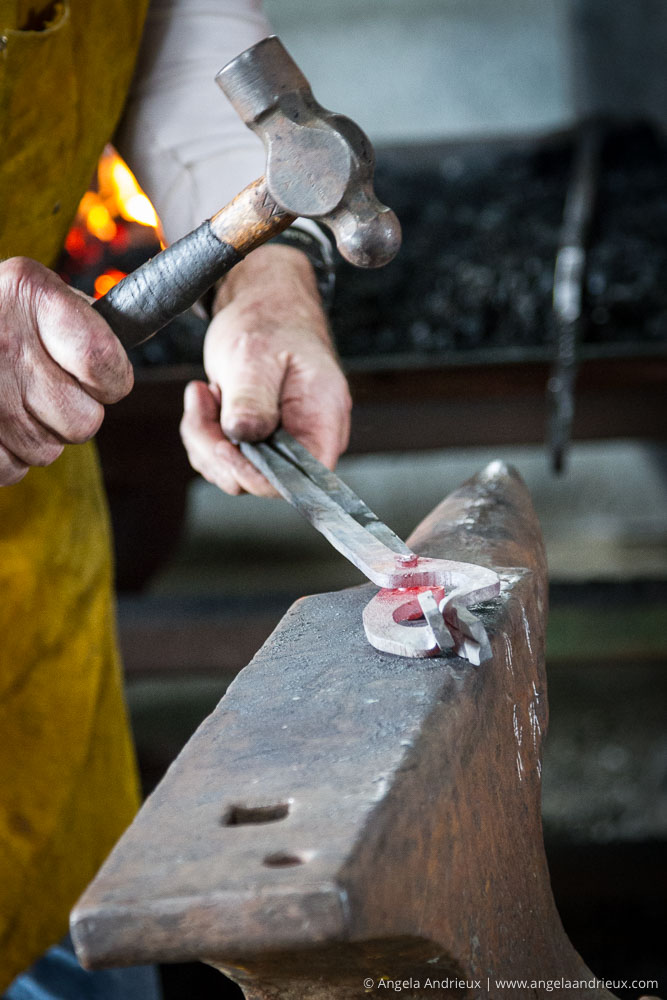 I watched in awe as men and women of various ages worked and and honed their craft. Each of the people who worked here were enthusiastic about their work and eager to talk about it. I even learned the etymology of the term ‘grease monkey’ while I was there.

It “dates to at least 1928 and may have originated during the Industrial Revolution in Great Britain when children were used to grease the large rotating axles which were used to transfer power from one centralized steam engine to all of the machines on the factory floor. These children, covered in grease and crawling in tight spaces in the ceilings, were equated with monkeys.” Wikipedia

After leaving the workshop I wandered through the various buildings and exhibits, looking on in wonder at the massive machines on display. 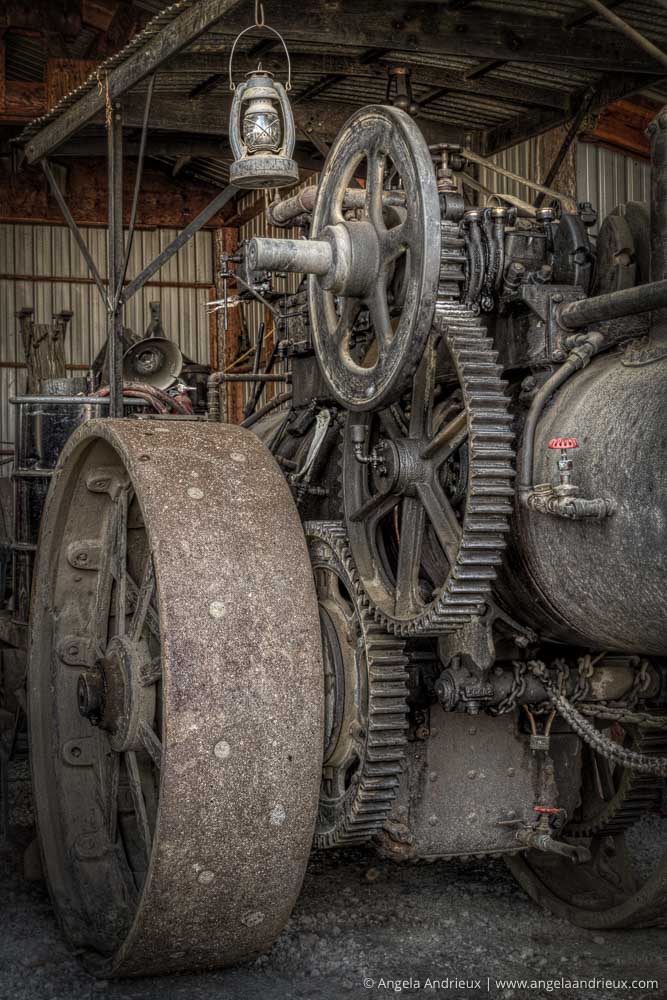 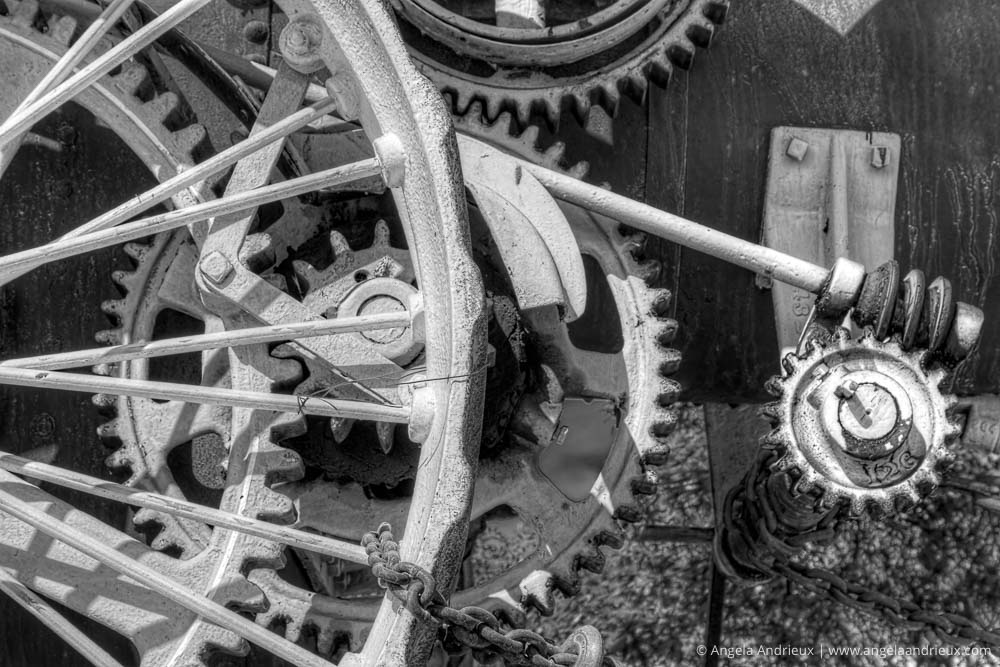 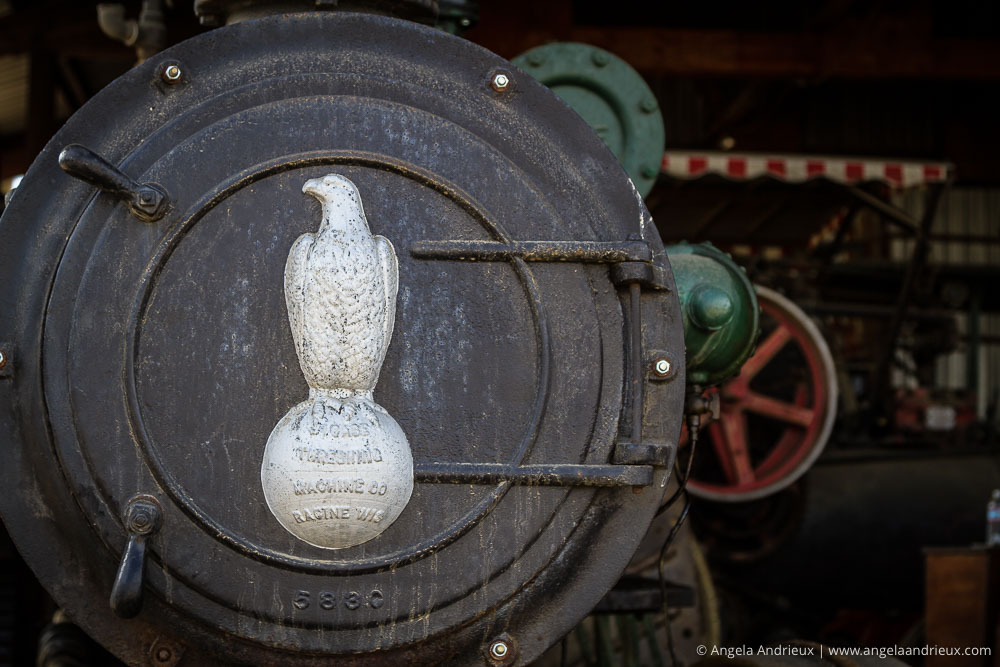 Amongst all of the heavy machinery sat this little rustic trailer, which I was told was a replica. 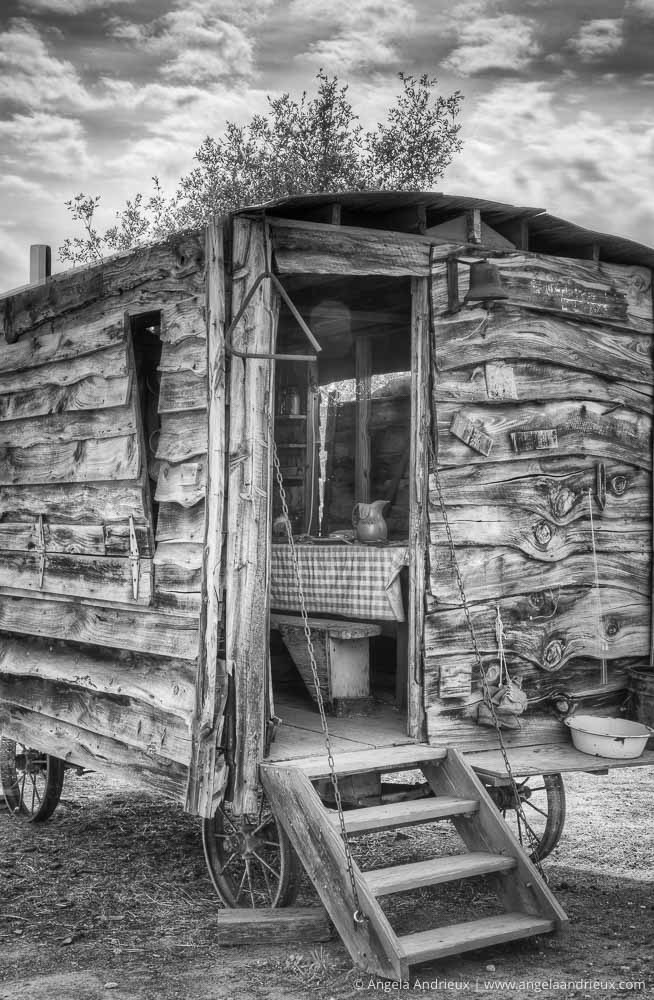 I would have liked to spend more time at the Antique Gas & Steam Engine Museum, but my parents (a.k.a. my ride) were ready to go. The only down side to this fascinating museum is that it is not very wheelchair friendly. My dad is recovering well from his accident, but still needs to use the wheelchair for longer “walks”. This location is a bit hilly, and mostly dirt roads/paths. I wouldn’t say it is inaccessible, but it takes a bit more effort to get around.

A note to photographers: I had no issues with carrying around my camera and occasionally setting up my tripod. However, it was a pretty quiet day without too many visitors. Their website requests that photographers and photo groups make arrangements to visit 3-5 days in advance.

If you’d like to visit, you can find them at: