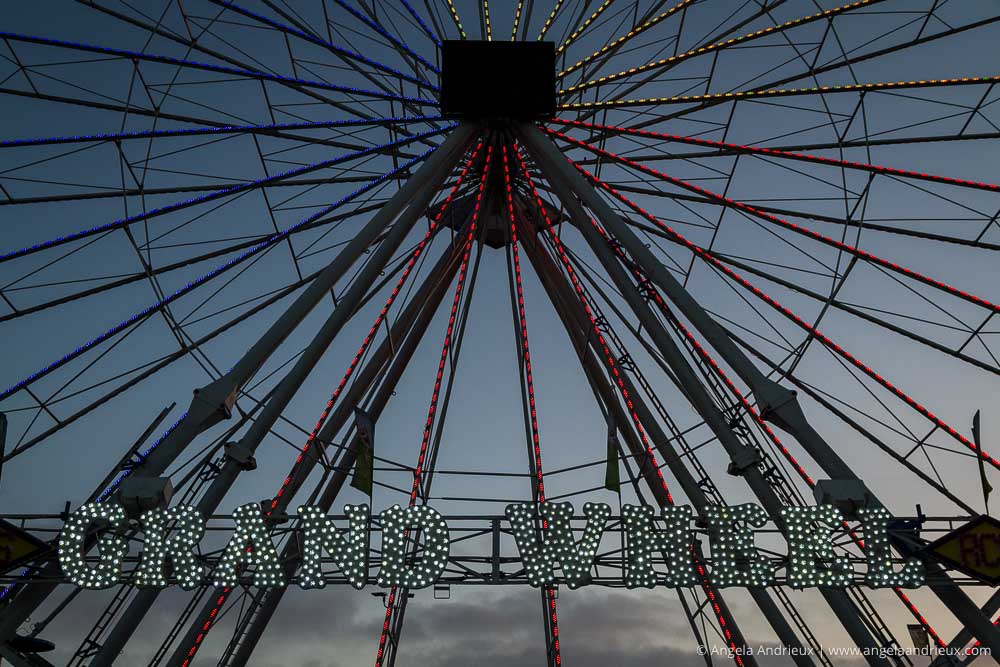 Two nights ago a friend and I drove up to Del Mar for the Artists’ Reception at the San Diego County Fair. Each year, a night or two before the fair opens, the artists whose work is on display are invited to come up for the unveiling of the exhibition and see who won ribbons and awards.

I didn’t expect to win anything (the competition is fierce) but I was thrilled to receive a Donated Award from the UC San Diego Extension Photography on my Scripps Pier photo! (See all of the photos I entered in the Exhibition of Photography here.) A Donated Award is given by a sponsor of the exhibition. I am told there is a prize, but I have no idea what it is. I was just thrilled to see a ribbon next to one of my photos!

After meandering through the 1000+ beautiful photographs, my friend and I headed deeper into the fairgrounds to get a look at the midway before it became packed with people. Technically, I don’t think we were supposed to be there, but no one bothered us or even questioned our presence. I suppose as long as we weren’t climbing over barriers or messing with vendor displays we weren’t much of a threat. We did get some fun photos, though! 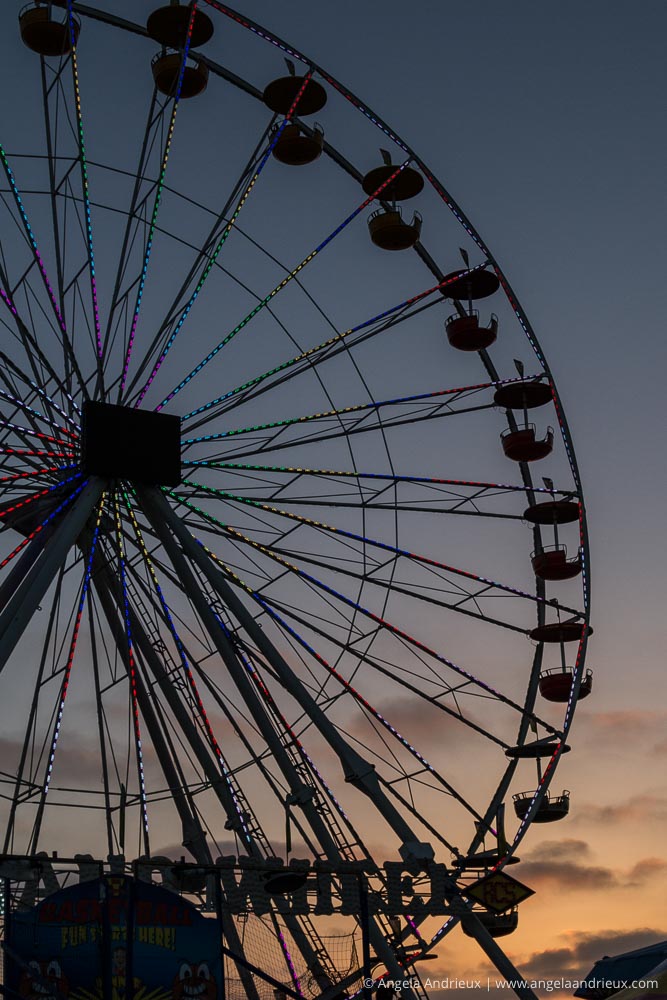 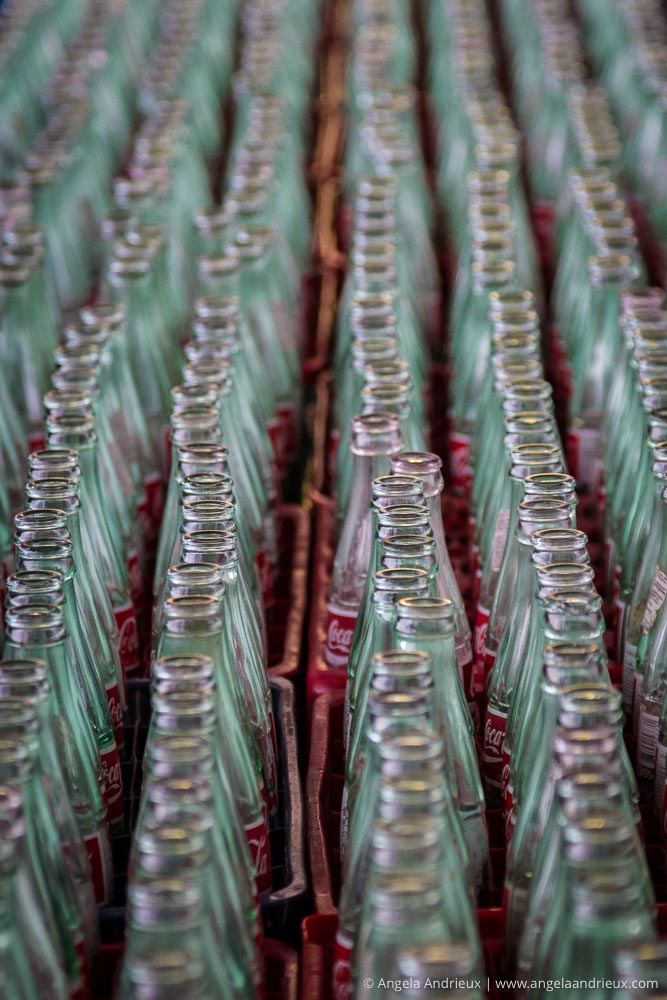 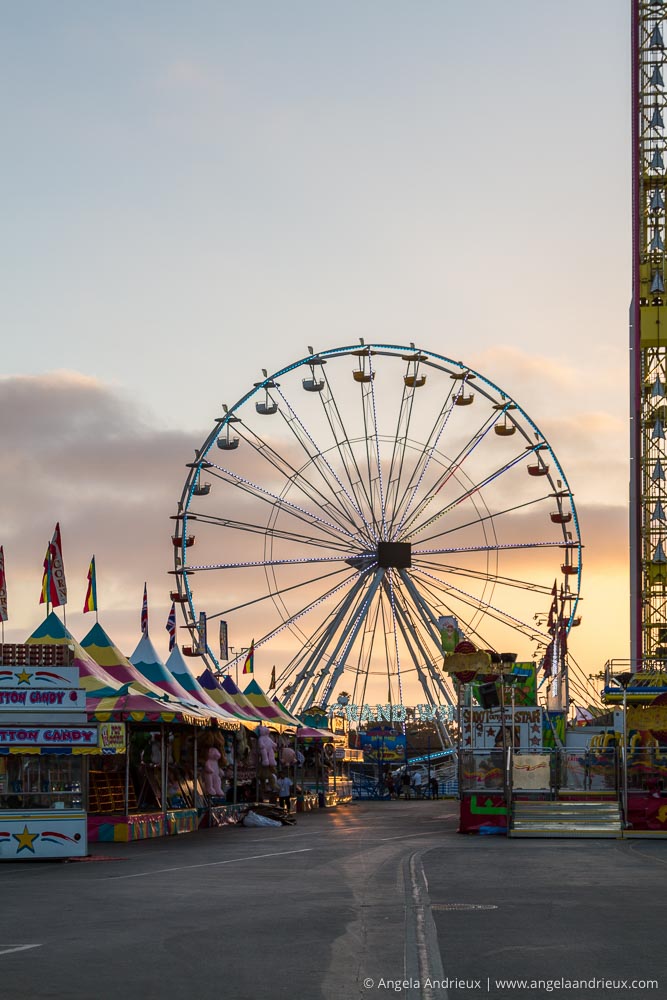 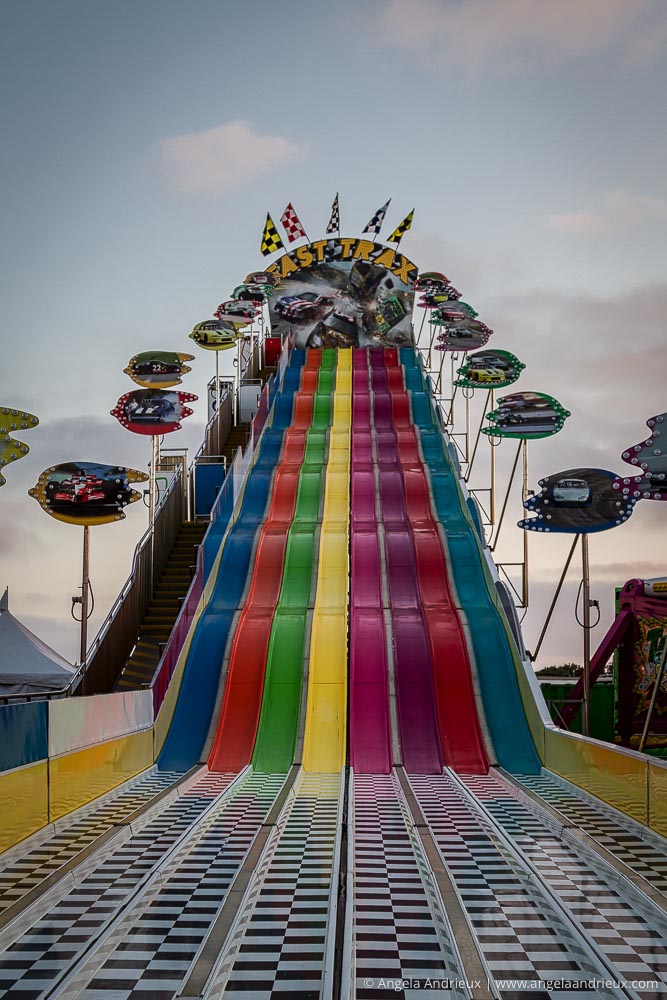