An Abandoned Water Park Reminiscent of Summers’ Past 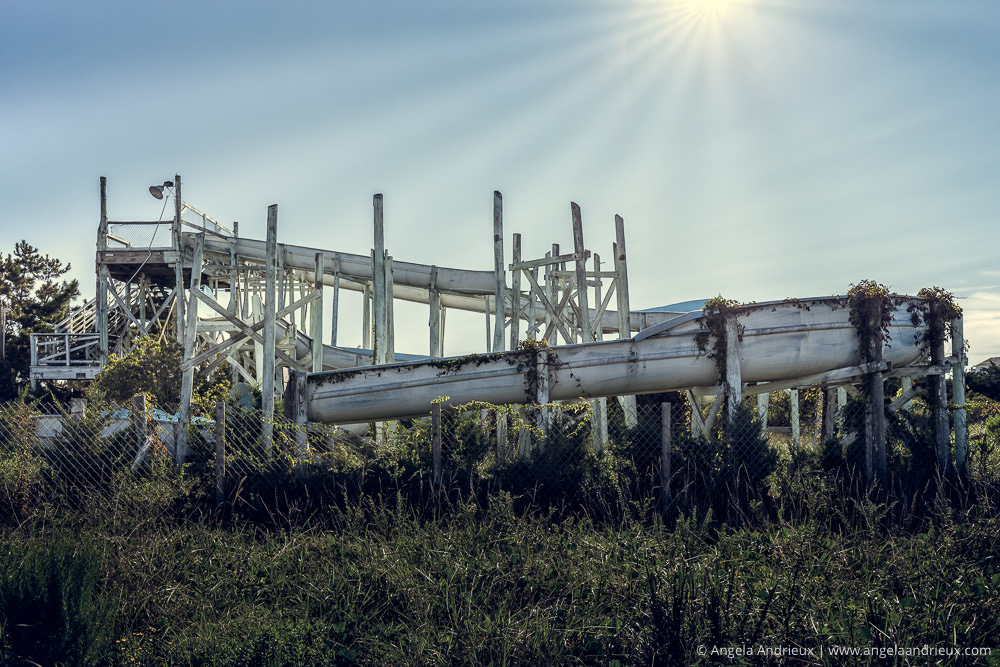 Waterfall Park…or what is left of it in Rodanthe, North Carolina is an urbex (urban exploration) photographer’s dream. It is the kind of place that makes me want to jump fences and ignore “no trespassing” signs. Sadly I wasn’t dressed for that sort of adventure, nor did I want to get arrested for breaking and entering into an abandoned water park.

I stumbled across this abandoned water park as I was driving south on the Outer Banks of North Carolina. Once I saw it I knew I had to stop. The goal of that particular trip had been to photograph the abandoned Frisco Pier and Cape Hatteras Light – finding an abandoned water park was a happy accident! 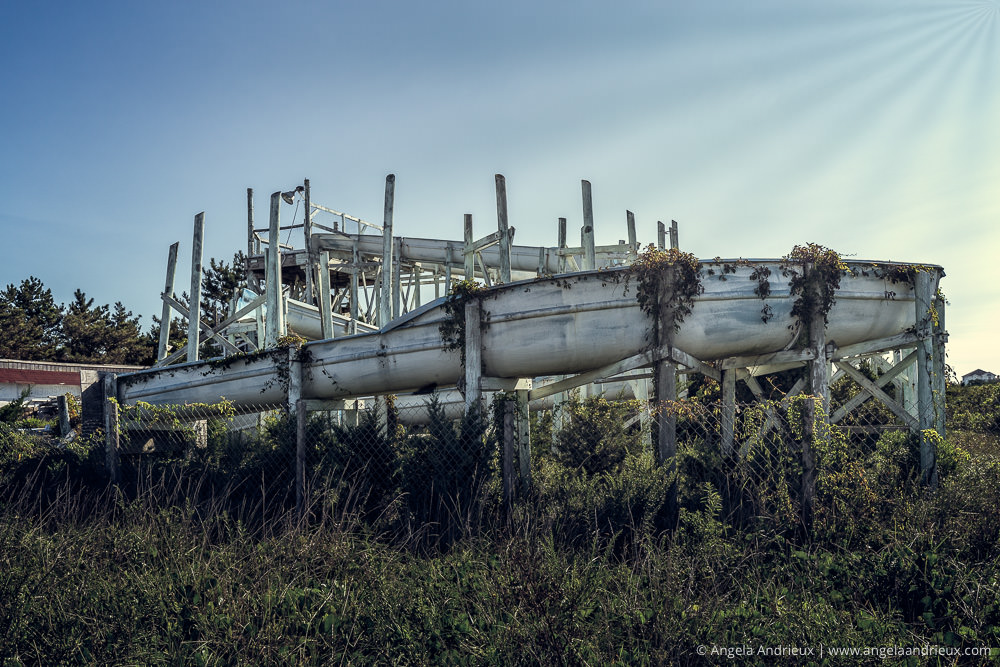 The rise and fall of Waterfall Park

Waterfall Park was built in the 1980’s and boasted not just waterslides, but a swimming pool, go-cart tracks and a bungee jump tower. It began to decline in popularity around 2007 and was abandoned in 2010. In 2011 it was hit by Hurricane Irene, which caused considerable damage. 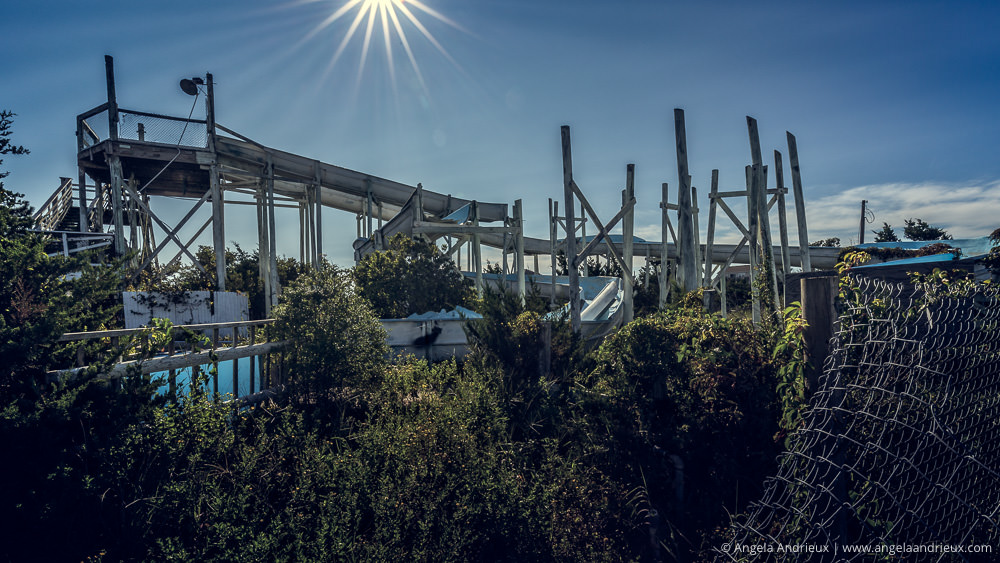 Area residents see the abandoned water park as an eyesore and safety hazard and would love to see it torn down. More on that here. However, the property owners don’t seem keen to sell (or clear) the property . There is no telling how long these structures might stand. For only being closed seven years mother nature is sure working hard to take over! 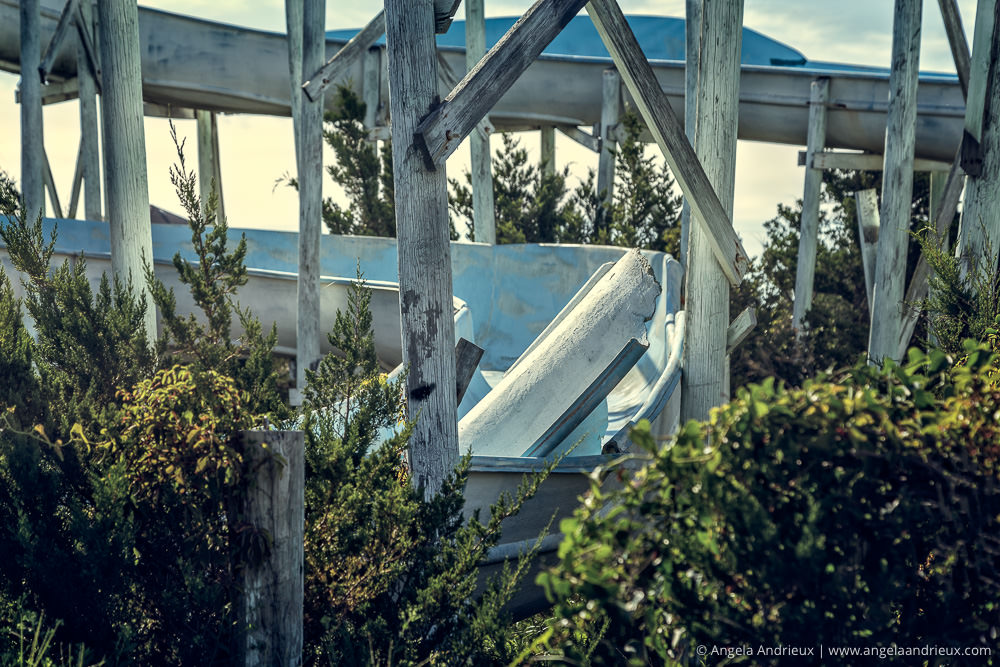 I’m glad I got the opportunity to document this fascinating place. Who knows how much longer it will be around. 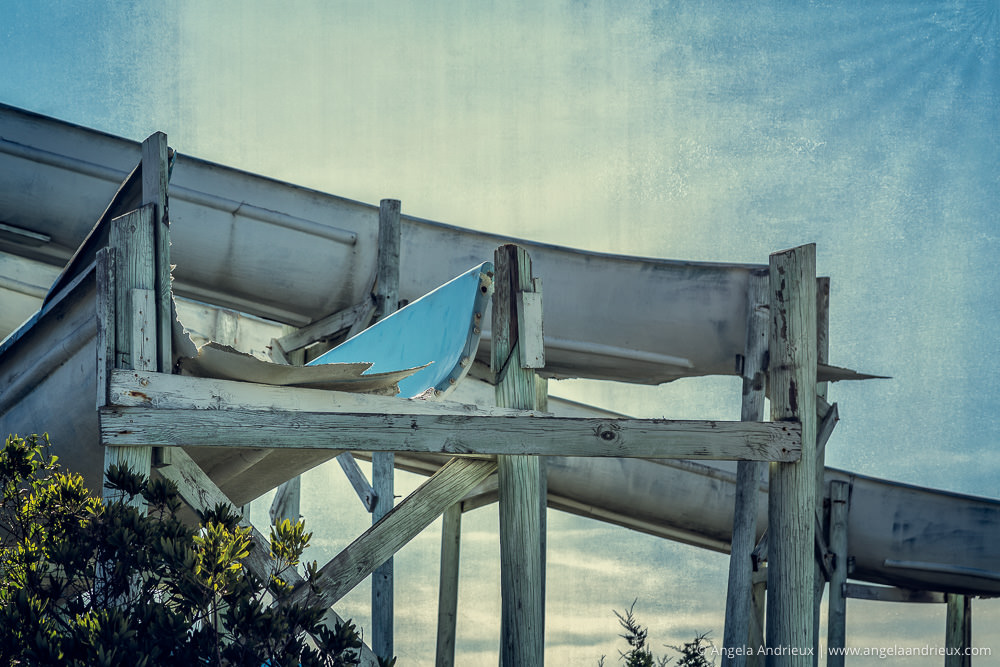 All of the photos in this series were captured handheld with my Canon 6D and either my 16-35mm lens or 24-105mm lens. Processing was done in Lightroom and On1 Photo RAW. 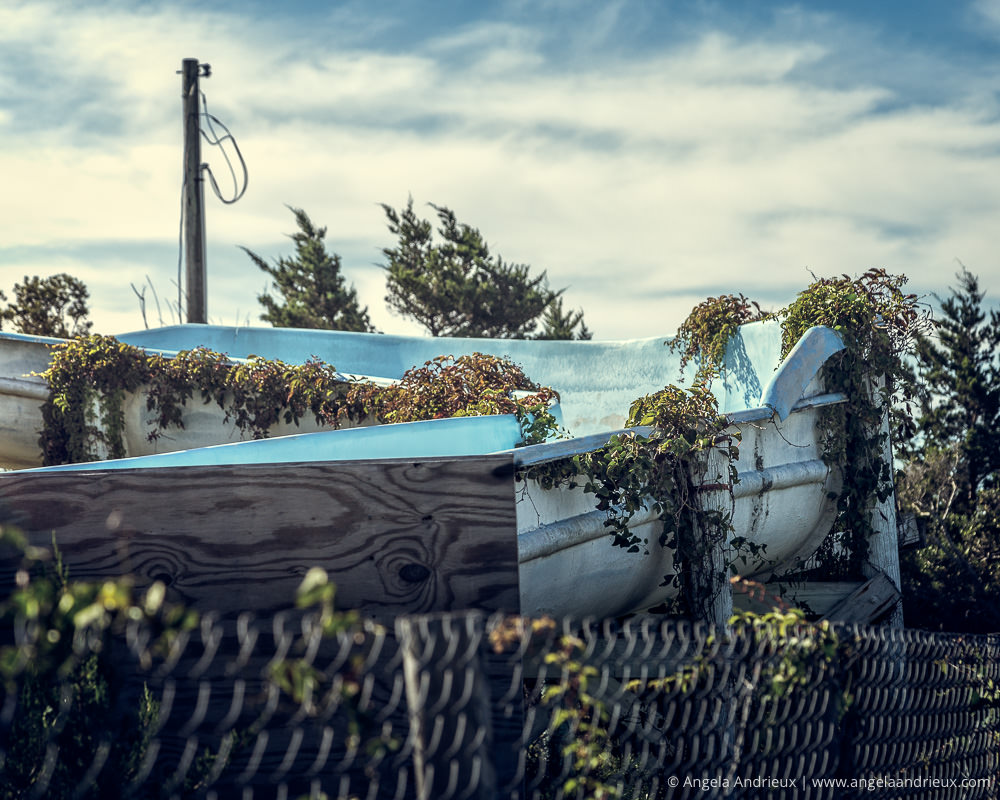 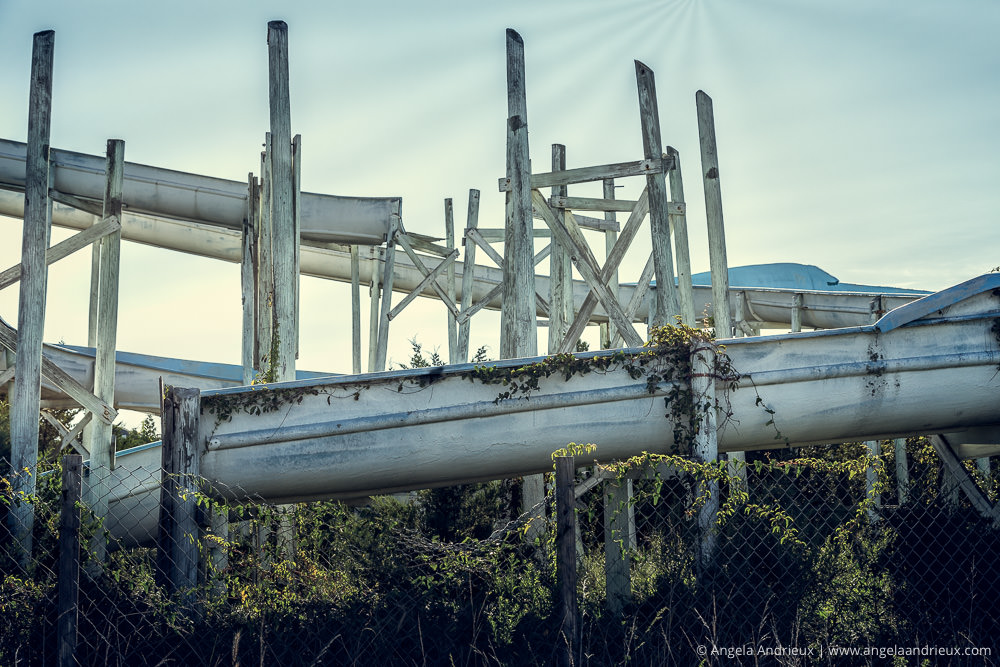 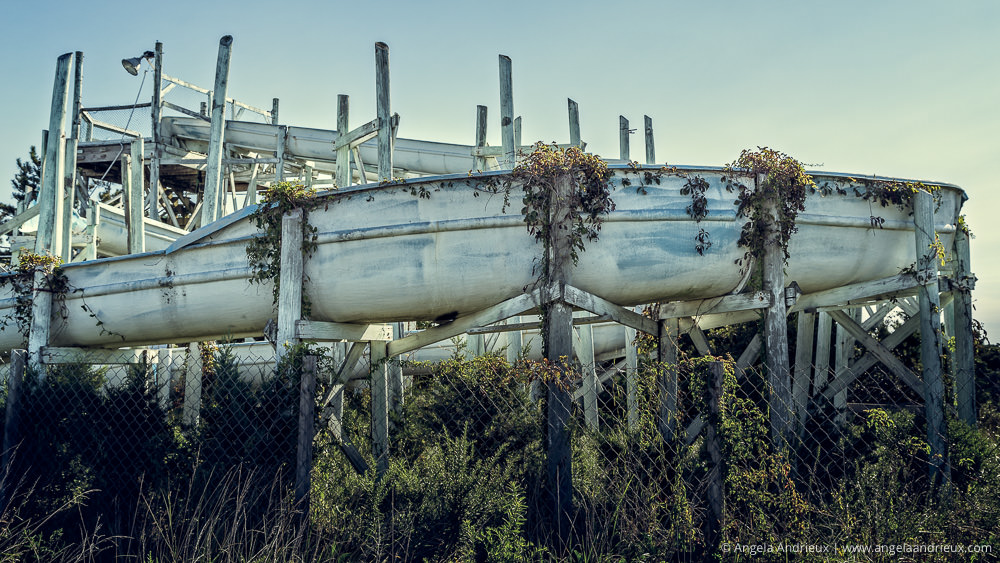 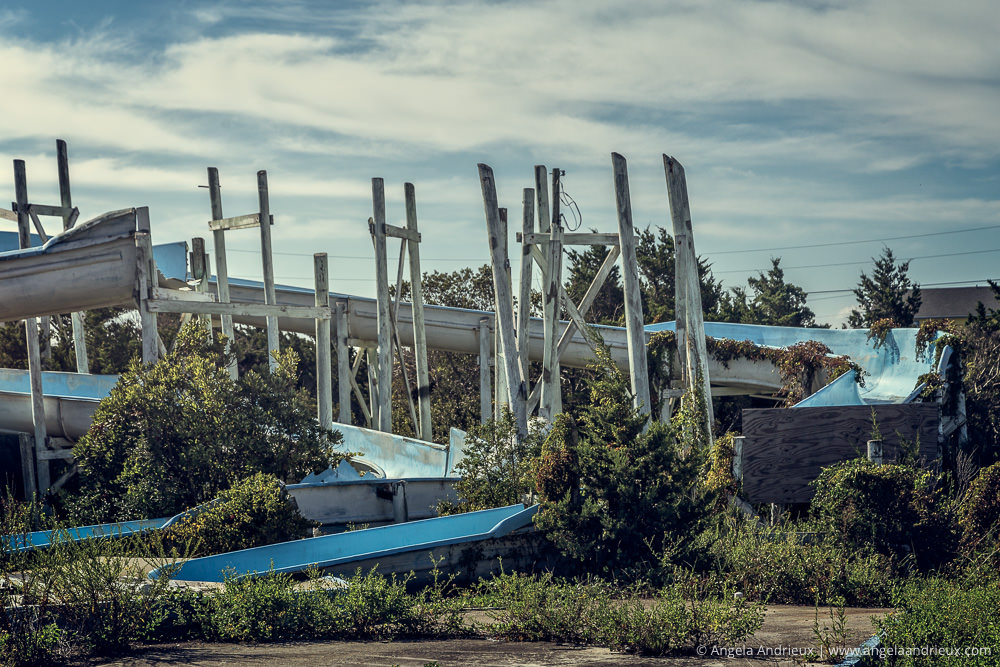 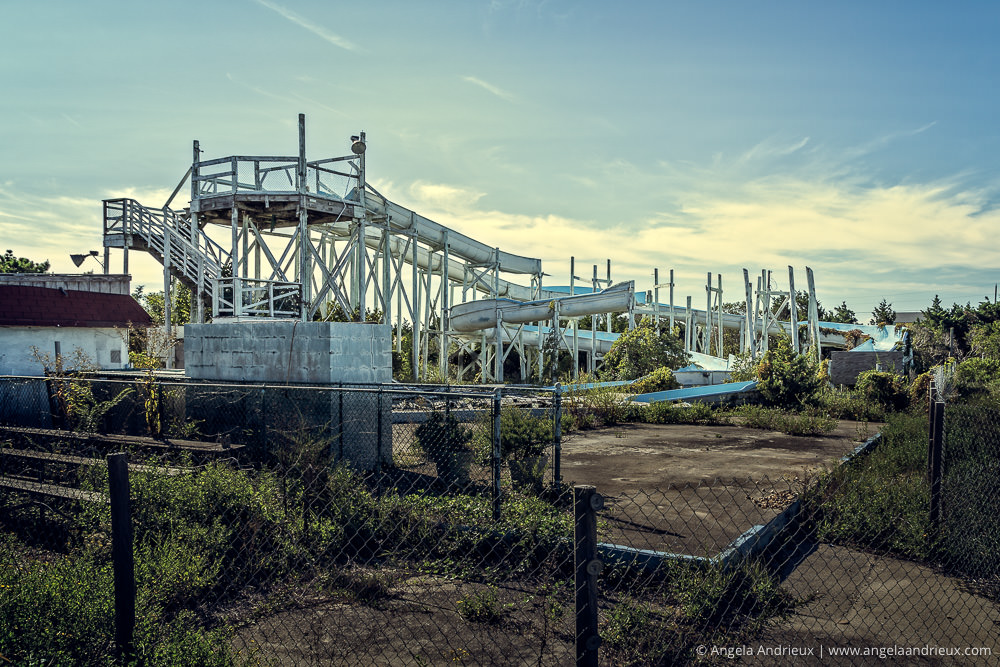 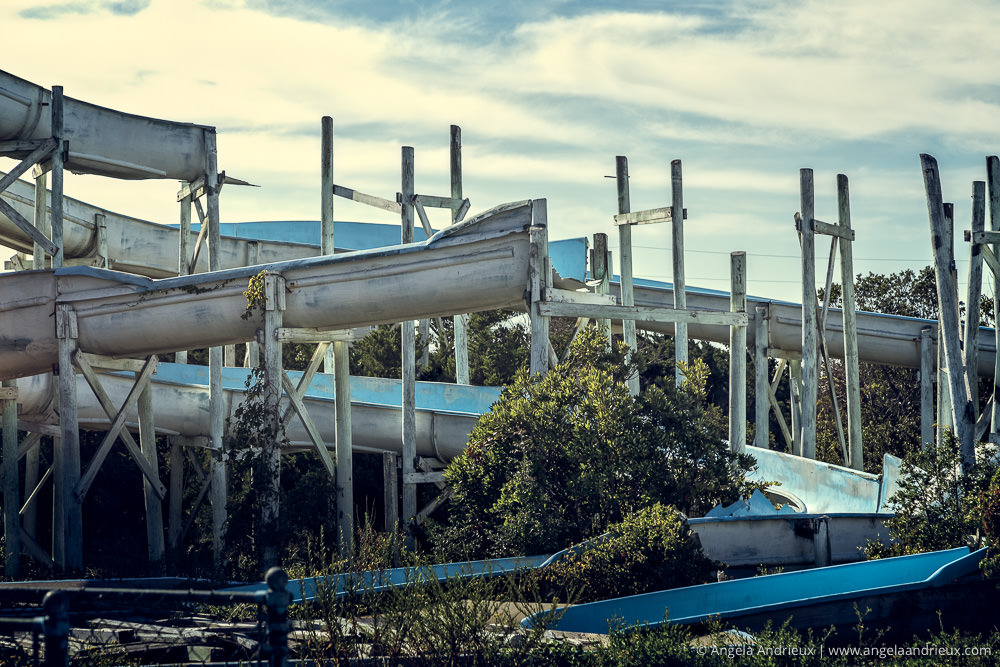 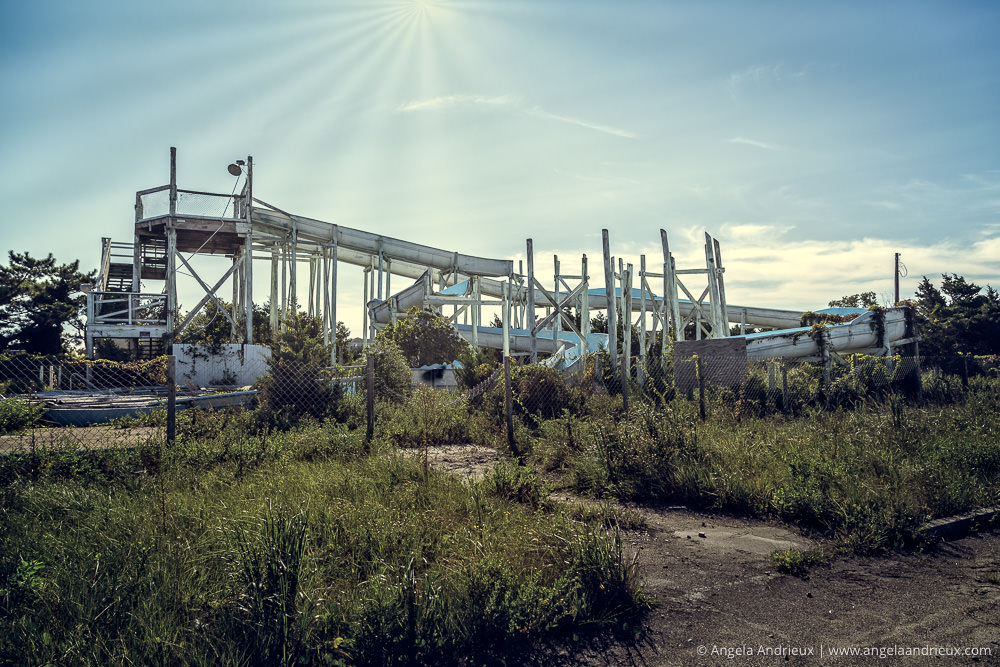