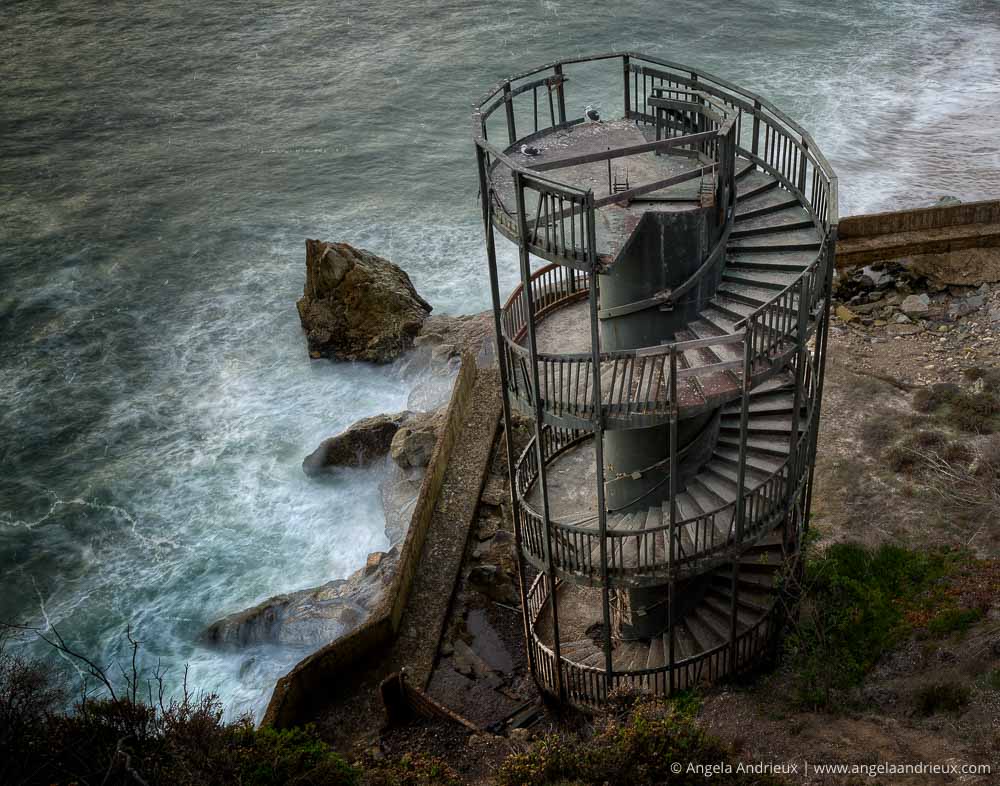 Why are abandoned places so mesmerizing?

Forgotten places, like this abandoned spiral staircase in Pismo Beach, have a way of capturing one’s imagination, making you wonder about those who had been there before you. I found out about this old spiral staircase to nowhere earlier this year. Now that I have my wide-angle lens I had to go back for a new perspective.

On this visit I drug my “little” brother (little is in quotes because is over 6 feet tall) with me. He’s worked in construction and happened to be a part of the crew who worked on the remodel of the restaurant on the cliffs above the stairs. Not long ago there was a catwalk between the restaurant and the stairway. Though it was blocked and likely marked as dangerous it was still (sort of) accessible. My brother went up and down those stairs, just because he could. He said it was terrifying and I’m so glad they didn’t collapse under him! He was probably one of the last ones to venture out there before the catwalk was demolished. 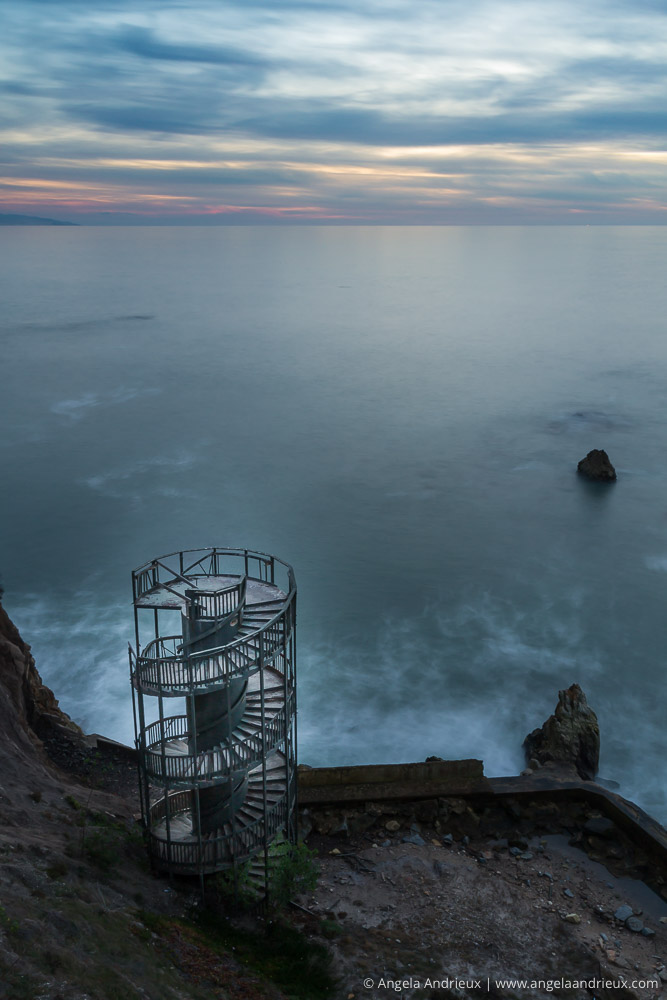 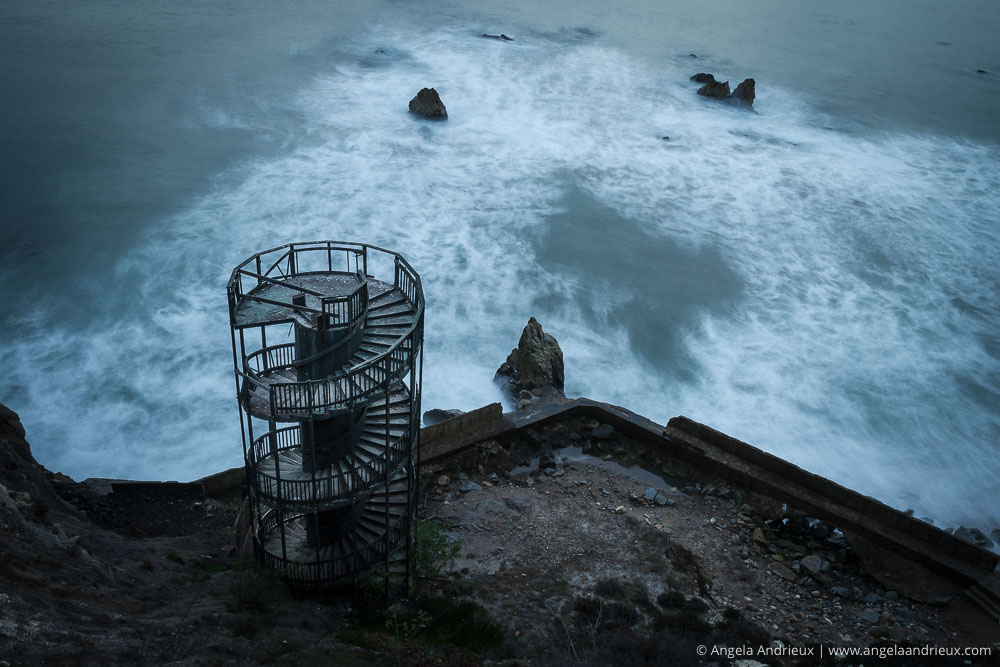 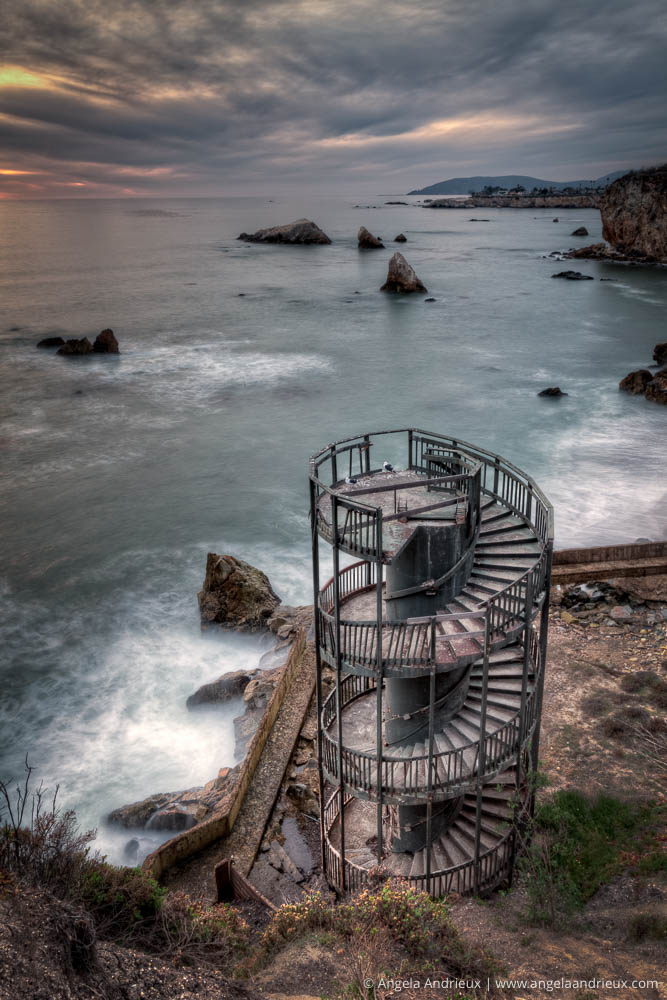 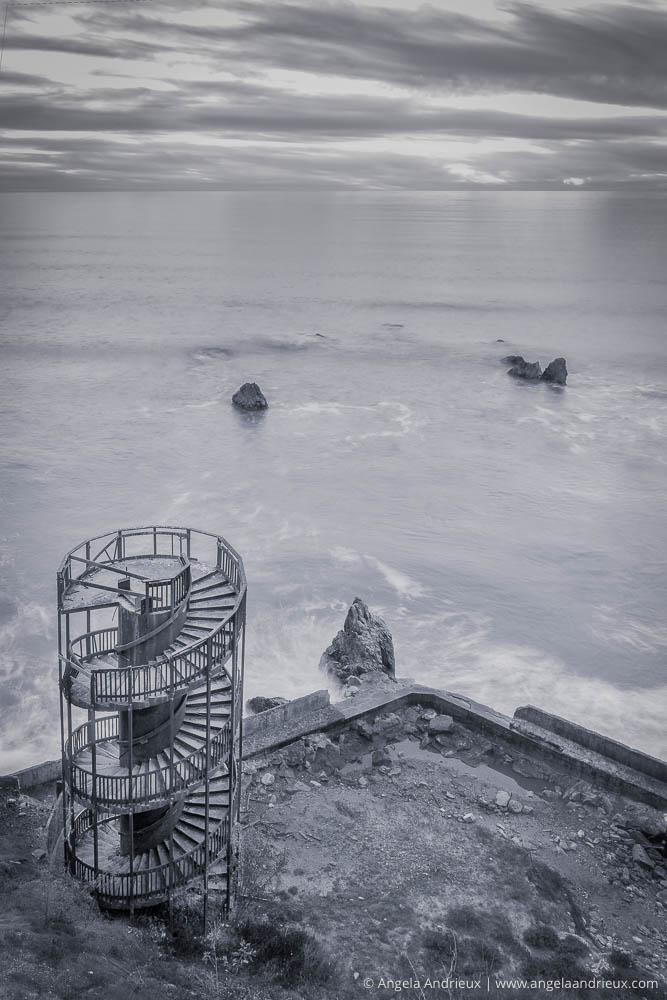